As water levels reached record highs across the Great Lakes earlier this summer, boaters in several states were prompted to be sensitive to the wakes their watercraft leave. That’s especially true in designated no-wake zones, where high waters have exacerbated the erosion problem caused by boat wakes.

One example is Michigan’s St. Clair River. At press time, water levels on Lake Huron were the highest since 1986 and near record levels, according to the U.S. Army Corps of Engineers. 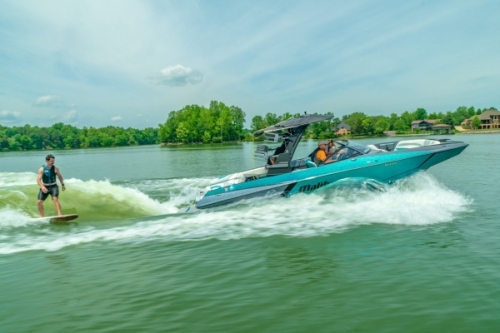 “The high water levels have the potential to cause a lot of damage to property if boaters aren’t following the rules,” St. Clair County Sheriff Tim Donnellon said in a news release. “Our Marine Patrol deputies will be strictly enforcing the no wake laws throughout the county.”

These rules are designed to protect the shore from damage caused by the waves generated by powerboats, and should be followed in all waters of our Inland Seas. 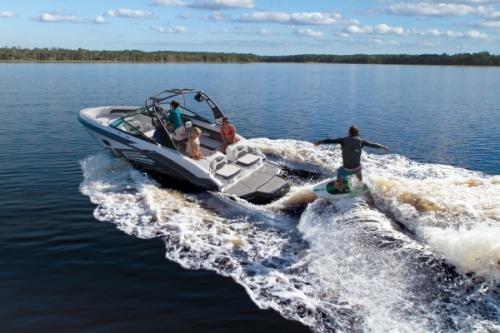 Meanwhile, a fast-growing water sport requires boats that are actually designed specifically to create the largest wake possible. Using a combination of ballast tanks and underwater foils, wakesurf boats leave an ocean breaker-size wave high enough for surfers to ride on a board free of any attachment to the boat. Needless to say, these boats leave an exaggerated wake and have become the bane of waterfront property owners and dock owners on lakes where the sport is quickly gaining popularity and erosion runs rampant. What’s more, part of the current problem is the result of changing technology. A lot of the wake boats built prior to 2012 required boat operators to turn huge circles to create a good wave. The newer boats only create the desired wave when they travel in a straight line – and when that’s down a shoreline, the waves left behind rock the docks and erode the waterfront.

The Water Sports Industry Association is acting to head off problems by calling on the industry to help educate boaters about safe practices. Dubbed the “Wake Responsibly” campaign, the WSIA is urging the industry to get out in front of potential trouble by making available applicable marketing materials. These range from website ads to handout and insert cards available by request by contacting [email protected].

If you enjoy wake surfing and other tow sports, here are additional etiquette tips offered by industry reps:

Remember that local boating laws and navigation rules still apply in addition to the above guidelines. Follow them and everyone can enjoy their time on the water. The flip side is that, if enough lawsuits from property owners and other boaters are filed, insurance premiums could rise and/or exclusions for wakesurf boats (or those that create an artificial wake), could begin on select waters around the Great Lakes.