Please remember to practice social distancing when fishing, including remaining six feet away from other anglers. If you arrive at a fishing area that is congested, please consider finding another area to fish.
Jump to State Fishing Reports

These reports are for the months of March and April. 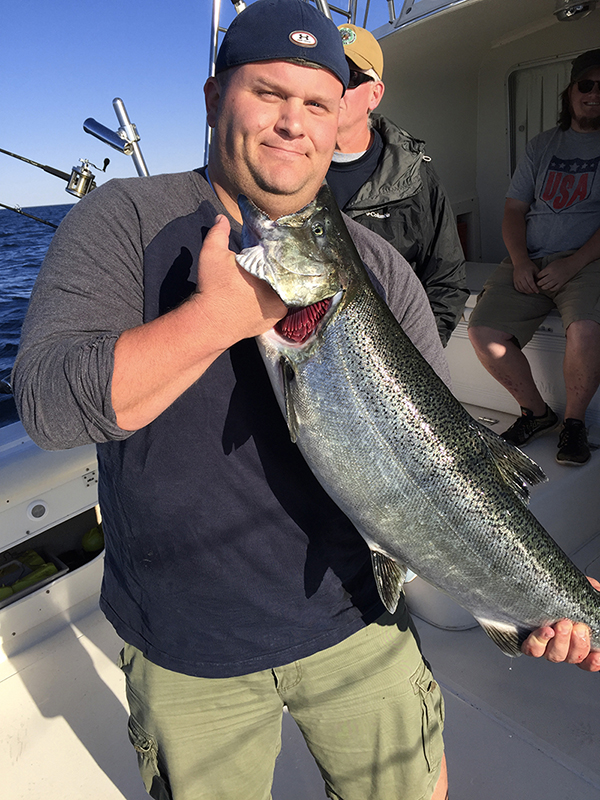 Spring in Lake Superior means fantastic fishing opportunities for coldwater species such as lake trout, whitefish, brown trout, steelhead, splake, Chinook salmon, and coho salmon. As soon as the ice begins to break up and leave nearshore areas, anglers should target those same nearshore areas—particularly bays, river mouths, and breakwalls/piers—via trolling, casting, or using bait such as spawn bags. Nearshore fishing can remain good well into May. Most of the large tributaries will provide good opportunities to catch a variety of species, especially steelhead. Anglers targeting splake should concentrate on Copper Harbor, Keweenaw Bay, and Munising Bay where they are stocked. In many years, the smelt run in select tributaries provides opportunities for dipping. Fisheries also exist for warm water species such as walleye, northern pike, smallmouth bass, and yellow perch with an occasional musky. Anglers would also target these species around river mouths, bays, and islands.

There is no better time than early spring to go after brown trout. Lake Michigan brown trout stocking is concentrated in the areas of Ludington, Manistee, Frankfort, Platte Bay, and Petoskey. Trolling works best in 5 to 30 feet of water along the shoreline. Coho salmon fishing starts immediately after ice out in New Buffalo and St. Joseph. This fishery moves north into Grand Haven and Muskegon in April. Steelhead and lake trout will also be available in shallow waters up and down the coast. This is a good time for anglers to find these species off piers and beaches. Lake trout will remain shallow up until May or when warmer waters p 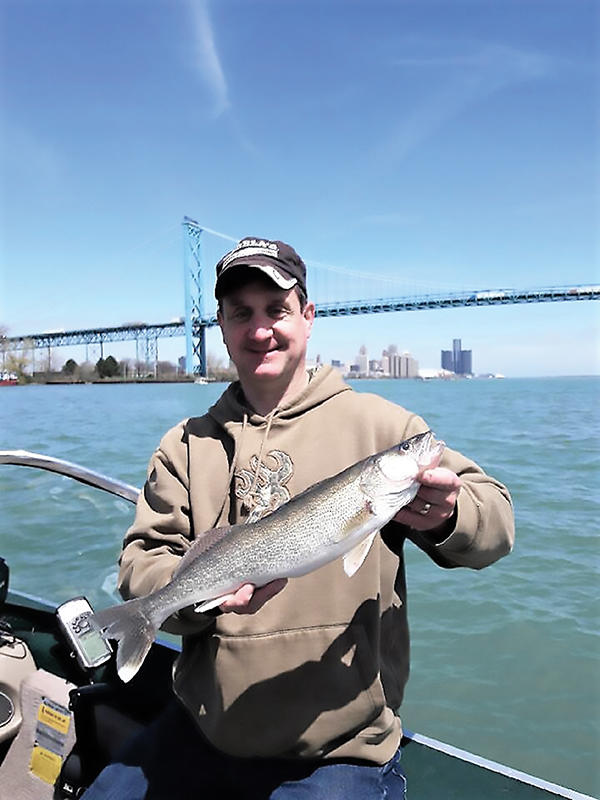 ush them into deeper waters, and steelhead will run into rivers for spawning in late March and April.

Steelhead numbers were good across Lake Huron in 2020, so the 2021 spring river runs are expected to reflect the higher numbers of fish. Atlantic salmon numbers are also increasing and near-shore areas in the spring and early summer should be productive. Northern pike fishing should be outstanding in the Les Cheneaux Island (LCI) area this year based on survey data from fall 2020. The LCI provides diverse fishing opportunities with yellow perch, smallmouth bass, and splake. Anglers can also look for good walleye fishing early in the season for the St. Marys River, particularly in Munuscong Bay and Potagannissing Bay. In southern Lake Huron, walleye spawning is well underway in Saginaw Bay and anglers can expect to catch fish throughout the bay as they travel to and from spawning locations. The smallmouth bass bite is picking up throughout inner and outer Saginaw Bay, specifically looking for rocky shoals, shorelines with rocks, or other areas with rock substrate to target smallmouth bass.

Spring walleye fishing is a major draw in the Detroit River and 2021 is expected to be a very strong season. Anglers target walleye by vertical jigging, often beginning in mid-March with catches improving in April and May. The fishery benefits from strong walleye year classes in 2015 and 2018-2020 from Lake Erie. Anglers can expect good numbers of fish, including some large ones from the 2015-year class. As the walleye migrate upstream through the system, walleye fishing is good in Lake St Clair and the St Clair River in May and June. Lake St Clair also offers outstanding spring opportunities for smallmouth bass and muskellunge.

Brought to you by the Michigan DNR.

Lake Erie’s fabulous walleye population has received quite a bit of press lately—and justifiably so. Lake Erie’s walleye are thriving and the next several years will hold some of the best fishing the lake has ever offered. Fish in Lake Erie are managed cooperatively by the five states and provinces that border the lake: New York, Pennsylvania, Michigan, Ohio, and Ontario, Canada. Together, these states and 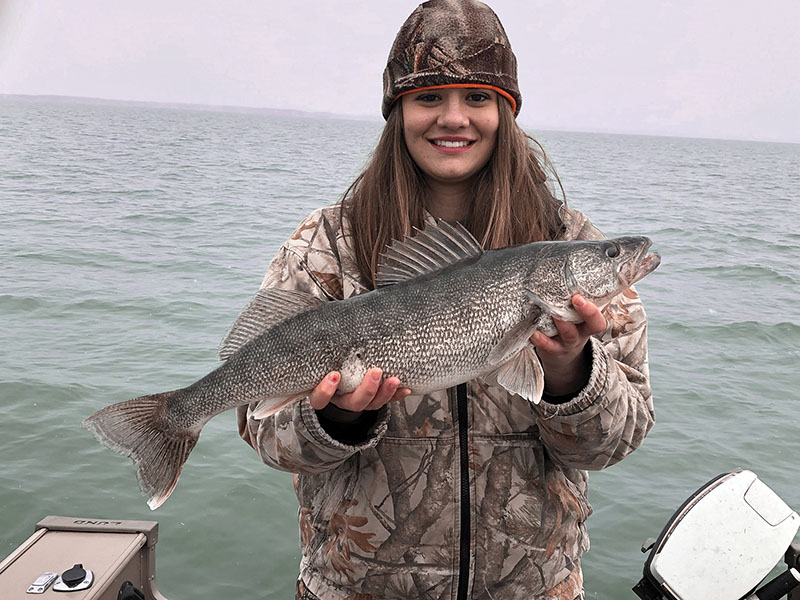 provinces comprise the Great Lakes Fishery Commission. Conservation organizations in each of these states, including the Ohio Division of Wildlife, survey fish populations to verify the status of lake-wide fisheries.

Trawl surveys run during the summer are the most common way to determine the annual walleye hatch size. Small-scale surveys are conducted May through July, with full surveys taking place in August and September. In these surveys, an Ohio Division of Wildlife research vessel drags a large, concave net along the lake bottom. Small first- and second-year fish that tend to feed along the lake’s floor are captured in the net. Larger, fully grown fish can dodge the net and are not caught during trawl surveys. Nearly 40 surveys are completed between Toledo and Huron. 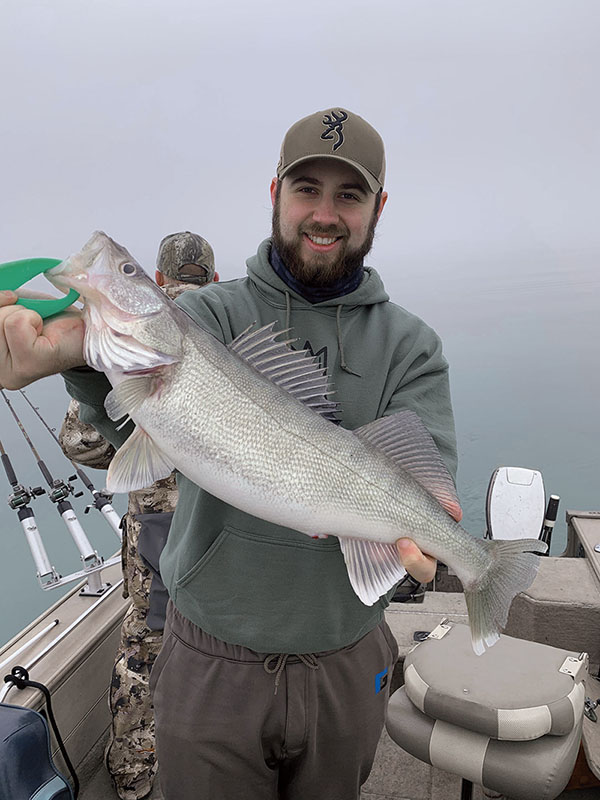 Fisheries biologists track the number of young-of-year and yearling fish caught per hectare (a hectare equals 2.47 acres). The long-term median of young-of-year walleye is 14 fish per hectare. While the 2020 hatch index of 48 fish per hectare pales in comparison to 143 in 2019, it is still well above the expected abundance and is the eighth highest on record. Since 2014, young-of-year and yearling walleye abundance has, for the most part, been above that long-term median. All this leads to the conclusion that walleye populations are on the rise.

The 2020 estimate was 116 million adult walleye. Buoyed by the record-setting 2019 hatch, the lake may hold as many as 151 million catchable walleye in 2021. Rising catch rates near one fish per hour seem to confirm the burgeoning population in The Walleye Capital of the World.

Brought to you by the Ohio DNR.

HuntFish OH mobile app is available to Ohio’s outdoor enthusiasts from your smartphone app store. Download the app and take your fishing license wherever you go while also taking advantage of maps, weather, and other resources.
Are you looking for inspiration for that freezer walleye? Visit wildohio.gov to browse the Wild Ohio Harvest Community, where you will find the Wild Ohio Harvest Cookbook, an online collection of recipes and tips on how to take advantage of your harvest once you’re back in the kitchen. Step past the usual ‘fried fish sandwich with tartar sauce’ and cook up some creamy fish chowder or orange chili walleye with noodles. 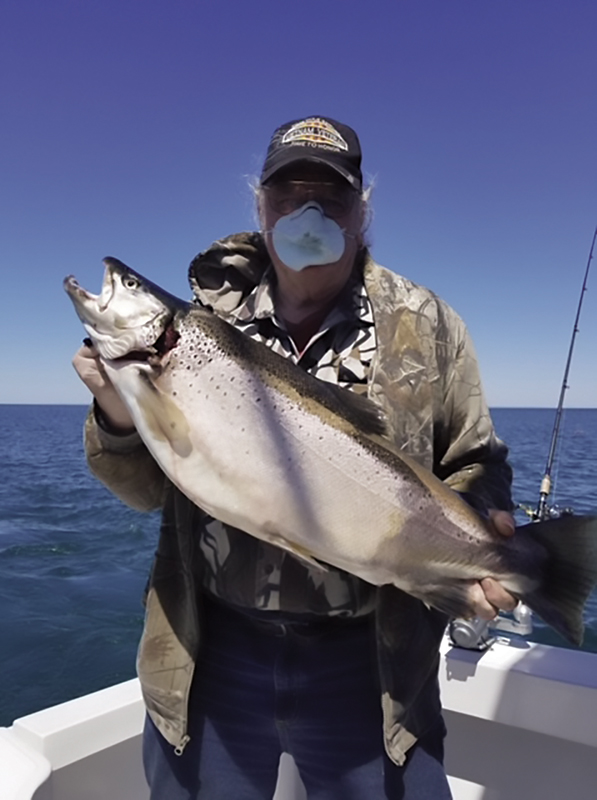 spring is the time when you should be getting everything ready for the upcoming season. This is a special time for charters and anglers alike! The fish will be in tight in 5 to 20 feet with lots of hungry brown trout. These browns go anywhere from 2 to 20+ pounds! Feisty brown trout are everywhere from Rochester to Henderson Harbor. The best method is stick baits and small spoons like Michigan stingers.

This is a great time for boats of all sizes. The best ports are Oswego, Fair Haven, and Sodus. Lake trout and salmon start at Wilson and stay good over to Olcott. The Niagara bar is a popular spot due to silt and sand that has flowed from the Niagara River into Lake Ontario. Over the ages, this has formed a sandbar that varies in depth from 15 feet to 80 feet and has a sudden 150-foot drop-off. Because of the structure and the current of this area, the Niagara Bar attracts a wide variety of baitfish.

Back on shore, anglers will find perch and bullhead in many of the bays. Please get out and enjoy your waterways! It has been a long winter!

Brought to you by Cannonball Runner Fishing Charters. 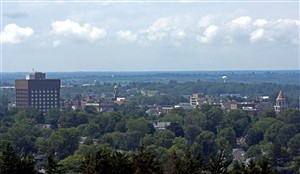