We Took our Fans on a MASSIVE, FREE Vacation to the BVI 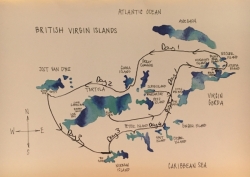 On sea and on land, four Great Lakes Scuttlebutt fans sailed and explored the British Virgin Islands during a seven-day, all expenses paid vacation from April 27-May 4, 2019. The incredible journey was valued at nearly $8000 per couple, yet cost them nothing at all! Just like the magazine itself, this trip was made possible through the generous participation of boating companies, specifically those who wished to celebrate and encourage the boating

lifestyle by offering a chance for a Trip of a Lifetime to all of our Great Lakes boaters!

With airfare included, one U.S. winner (Laura) and one Canadian winner (Phil) and their guests – Andy and Kerry, respectively – were whisked away to board a crewed Moorings’ 4500 sailing catamaran. 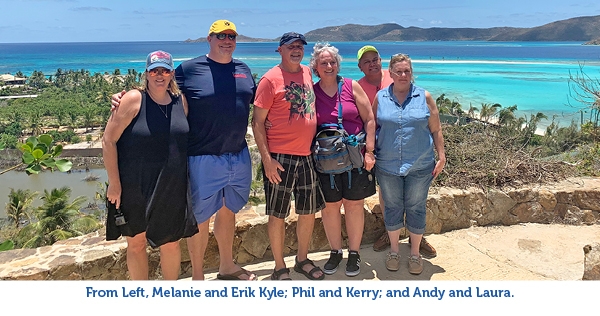 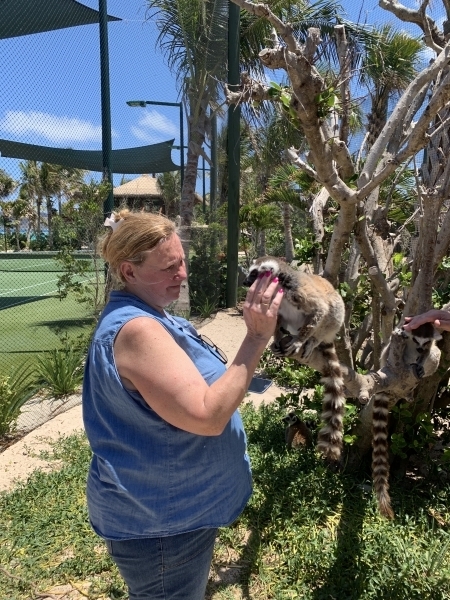 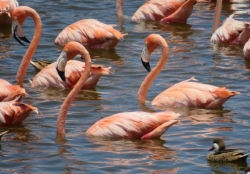 Day one of the vacation started off with a surprise. Captain Rob brought all four guests, plus the Great Lakes Scuttlebutt media crew, to the shores of the exclusive Necker Island. Arranged by the British Virgin Islands Tourist Board

& Film Commission, the group was welcomed ashore by the island’s staff and enjoyed perfect weather while touring this modern island, which is privately owned by Sir Richard Branson and contains a stunning array of wildlife, from lemurs to flamingos. It’s even available for booking – yeah, the whole island!

“My favorite thing [about the trip] was Necker Island,” reflected Laura, a resident of Toledo, Ohio, and our U.S. winner. “Specifically, getting to hold and feed the lemurs!” Laura and her husband, Andy, were enjoying this well-deserved break from the on-going process of rebuilding their home after experiencing a fire nearly two years prior. “We really needed this vacation,” she stated. “We already love being on the water going to different boat clubs and restaurants around Lake Erie. Being on a catamaran while being pampered and meeting new people – it can’t be beat!” 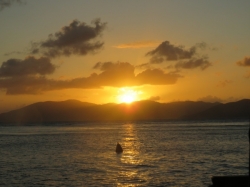 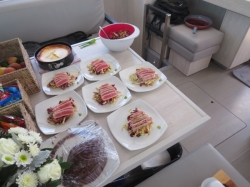 After an evening sail, a glorious sunset, and a delicious breakfast, day two swept the winners to Jost Van Dyke where they enjoyed being serenaded by Foxy himself of Foxy's Tamarind Bar. Back aboard, the gang enjoyed crisp winds and crystal-clear seas as they sailed into another delightful sunset topped off 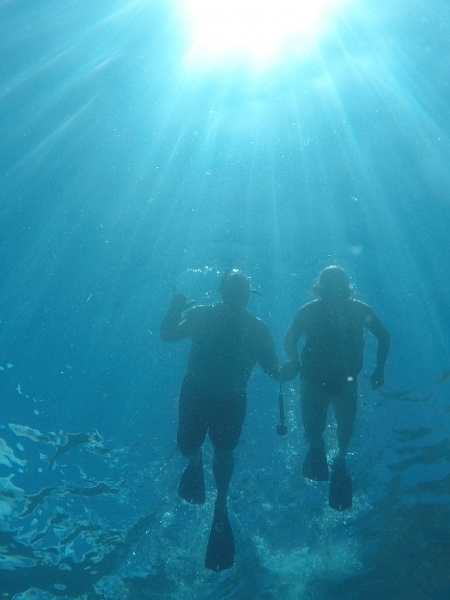 with one of Chef Becky’s most raved-about meals – seared tuna!

“I never would have tried anything like that,” mentioned Laura with compliments to the chef, “but now, I like it!”

Day three started off with snorkeling, revealing many tropical fish, sea turtles, and stingrays during underwater sightseeing and cave exploration. Afterward, since it was Laura’s birthday, a celebration was in order! A trip to Willy T’s, a famed floating bar off the coast of Peter Island, found our guests immersed in plenty of dancing and music, after which a cake was presented back on board.

Sailing to Cooper Island began day four, followed by more underwater exploration and a challenge wherein Phil (our Canadian winner) was crowned “King of Paddleboarding,” having been the only one who successfully stood up! 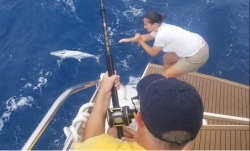 “I’ve done some boating with Moorings before, but being in the BVI, it’s just a wonderful location there,” Phil reminisces. When asked what his favorite part of the trip was, Phil captured it best: “Probably when, one day, I didn’t know what day it was.”

The final day aboard the Inspired Triomphe gave Phil something particularly significant to remember after successfully landing a 3.5’, roughly 40lb King Mackerel! The group then finished the day exploring

the white sand beaches of Virgin Gorda including “The Baths,” an area of pools and seawater-flooded caves formed by beachside boulders. 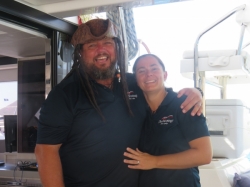 After saying goodbye to Captain Rob & Chef Becky, the GLS crew and the four winners were embraced by the lavish 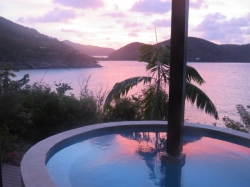 “What can I say about this trip?” wondered Kerry, upon her return to London, Ont. “I don't have a favourite moment because the whole trip was amazing. In fact, I was fully expecting to have to sit through a sales pitch for a timeshare on a boat or at the resort

and that simply did not happen. I have never felt so pampered and cared for on a vacation. I still can't get over the delicious gourmet food prepared for us everyday. BVI Tourist Board Destination Hosts meeting us at the airport was very nice – not to mention the other work they put into this trip… What more can I say?!”

Watch our recap video complete with some
fun bloopers of Erik Kyle (GLS publisher) at the end!

Be sure to snag upcoming issues of Great Lakes Scuttlebutt
or follow us on Facebook, Twitter, or Instagram
to learn about next year’s adventure and
get yourself entered to win the next Trip of a Lifetime!

THANK YOU to this year's sponsors! They included: 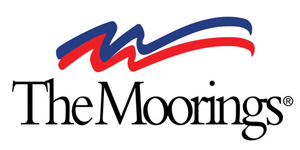 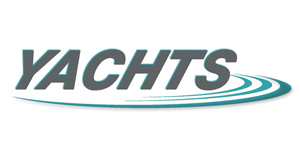 If you’d like to be a sponsor of our next giveaway, please contact [email protected] for details.

We Took our Fans on a Massive FREE Vacation in the British Virgin Islands!