Snag-A-Slip, an online boat slip reservation company, recently announced the launch of a new tool that connects boaters with users who want to rent their privately-owned dockage. The new functionality is part of Snag-A-Slip’s suite of products that make boating easier by connecting cruising boaters with available dockage. The development comes on the heels of extensive market research showing that users are seeking ways to rent out private dockage, especially in markets where traditional marina slips are limited. 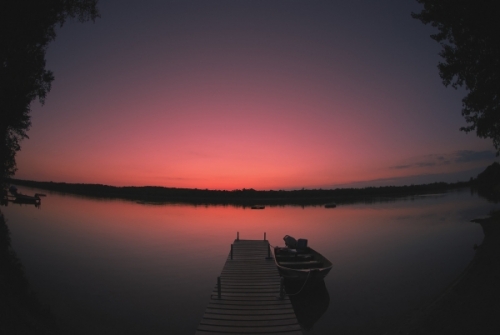 “Our boaters asked, and we listened,” said Dan Cowens, Founder and CEO, Snag-A-Slip. “Snag-A-Slip’s mission is to connect boaters with available dockage, no matter where they are in the world. With this new feature, we have opened a whole new ocean for our users to explore. Now, we have a solution for our customers who are looking for dockage, as well as for users who aim to monetize their vacant space. It’s a tool for everyone.”

The brand-new functionality is the first of its kind in the slip reservation industry because it lets both boaters and marinas market their dockage in the same place, thus offering a full range of options to cruising boaters seeking a place to tie up. The enhancement illustrates Snag-A-Slip’s commitment to listening to customers and developing new tools to enhance the boating experience. Boaters looking to rent a private slip can use Snag-A-Slip as they always have by typing in a city, state, or location of interest in the search bar. Private listings will be clearly marked in the search results. Once preferred dockage is found, boaters can contact the owner to reserve the space.

Users who are looking to monetize their vacant dockage can easily list their slips on Snag-A-Slip once a Snag-A-Slip account is created. Users will be able to provide a description of their dockage, photos, amenities, maximum boat dimensions, rates and dates that the space is available. From there, the listing will be held for review and published once approved.

While in its pilot phase, the fee to list a private slip is $9.99 for 6 months. Users will be able to renew the listing after 6 months at current market rates.

Find out more at www.snagaslip.com.

Snag-A-Slip is an Annapolis-based company that connects boaters with available slips, while also showcasing marinas in the same way that hotels are promoted. The mobile-responsive website and apps allow boaters to explore marinas by region, city or marina name and then search for slip availability based on travel dates, length, beam, draw and power requirements. Boaters can pick their preferred marina based on amenities, location and availability and book immediately with any credit card. There are no booking fees associated with the service, which is now available from Canada through the Caribbean.