A Primer On Great Lakes Salmonids 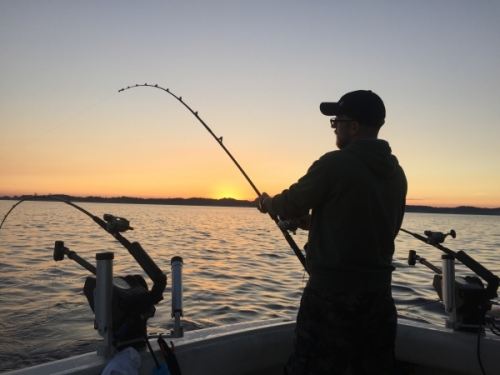 The salmon and trout fisheries we Great Lakes anglers enjoy are the result of an ongoing effort by fishery managers and continually shaped by a combination of political forces and those offered up by Mother Nature. We have it incredibly good in many areas, and not so much in others, but it changes constantly—if sometimes slowly—and, overall, the Inland Seas offer the best, most diverse salmonid fishery on Earth. Here’s a quick overview of what the Big Five are offering up to trout and salmon anglers these days: 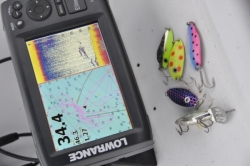 Hardly known as a trout and salmon mecca, save for the world-class steelhead fisheries created in the tributaries off Northeast Ohio, Pennsylvania, and Western New York, the shallowest, warmest Great Lake simply doesn’t offer conditions conducive to supporting prime trout and salmon fisheries. That said, lake trout are being stocked annually to test those waters for a future fishery, and trollers in the Central Basin target steelhead that are stocked annually by Ohio, Pennsylvania, and New York fishery agencies. Brown trout are also targets and the action on lake-run rainbows can be fast in the fall when the stocked steelhead stage in the harbor areas off the trib in which they were placed and are in range of boaters and shore anglers alike. 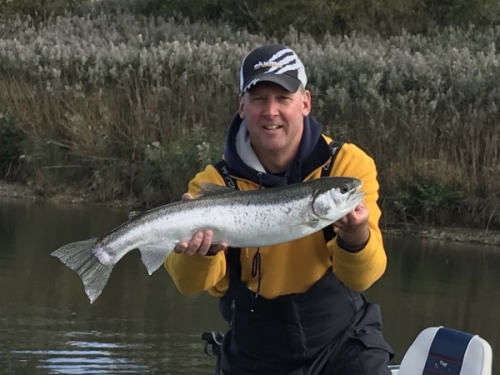 Perhaps the best salmonid fishing in the Great Lakes is offered in Lake Ontario these days thanks to management strategies and abundant nutrients that support a healthy baitfish population. In recent seasons, open water anglers netted excellent catches of king salmon. The mature chinook have run a mite smaller in size than average, and three-year-old kings could play a big role in the 2020 season. Stocking adjustments have been instituted to help balance predators with available prey biomass, so the salmon action should continue into the near future. The same is true with Lake Ontario’s brown trout fishery, which is primarily near shore but offers some offshore hookups to keep the trolling interesting. Ditto the lake’s strong population of steelhead. 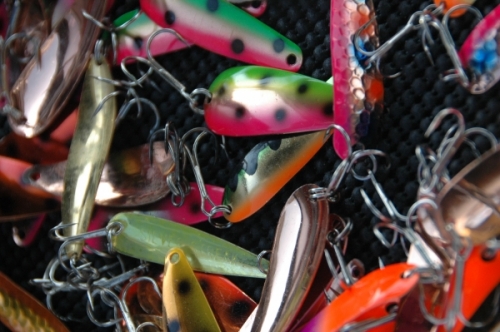 Coho is the word among Huron’s salmonid fishery, with some surprising action being experienced on the lake’s south end in the past couple seasons and a king fishery still trying to recover from a crash in the early 2000s. Word is the coho are the result of natural reproduction on the Canadian side, with expansion limited by a lack of baitfish in the lake. Coho stocking in the lake’s north end should help. Kings, lakers and even Atlantic salmon, the latter of which have offered stable returns, offer decent fisheries in some ports.

Steelhead numbers also are good and fairly stable in Lake Huron, but as with the other salmonids, you need to know where to go to find the fish and consistent action. Where it is good, it’s said to be great. 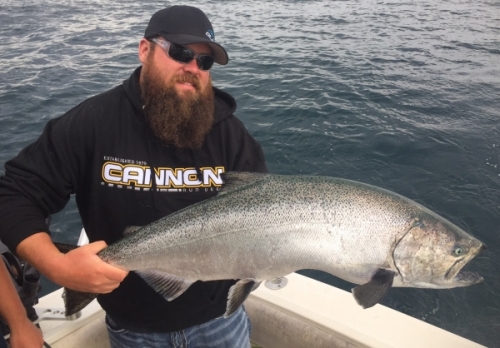 Lake Michigan offers some of the best king fishing in the lakes, but it can be sporadic and offer a feast or famine situation. When it’s good, nothing beats it, as when pods of chinook show up off a port that harbors thick schools of baitfish, primarily alewives. Action can begin in early April in the south and move north through May and into the summer, when schools often head offshore – but continue to feed and offer good catching to anglers who locate them.

It appears that a portion of Lake Michigan’s chinook stocks are supported by natural reproduction in select tributaries rather than by fish swimming over from Lake Huron, according to some charter skippers. Coho fishing has been strong the past two seasons, especially in May and June before the fish move to the middle of the lake and north to tributaries such as the Platte River to stage for their annual late summer, early fall runs. 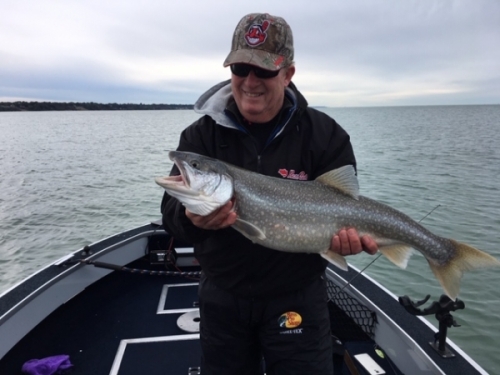 The Michigan Department of Natural Resources says that 99 percent of Chinook salmon now caught by Lake Superior anglers are born in the wild, not in a hatchery. The total number of Chinook salmon caught annually in Lake Superior has always been much lower than in Lakes Michigan and Huron, and the natural reproduction success offers an argument for reducing or ending the stocking of king salmon in the Great Lakes.

Lake Superior kings eat a greater array of prey fish than in the lower Great Lakes, where Chinook feed almost exclusively on alewives, an invasive baitfish that's dwindling as increasing numbers of invasive quagga mussels reduce nutrients, phytoplankton, and other sources of fish food on the lake bed. On the other hand, Chinooks in Superior also eat smelt and ciscos as well as alewives.

On average, anglers catch about 3,000 Chinooks in Superior each year, according to reports. That's compared to about 10,000 coho salmon and 25,000 to 30,000 lake trout. Minnesota and Wisconsin stopped stocking chinook in Lake Superior and Ontario has reduced stocking to about 100,000 fish annually. Michigan still stocks about 400,000 Chinooks in the lake each year, a number that may be reduced, and the Wolverine State stopped stocking coho salmon in Superior in 2005 and the fishery has maintained itself. Meanwhile, the Lake Superior lake trout fishery has bounced back from sea lamprey predation that began in the 1950s, and fishermen report excellent catches and a great outlook for the 2020 season.

We’ll be sharing tips and techniques for hooking-up with our local trout and salmon in columns to come. Meanwhile, here’s to a great 2020 fishing season across our inland seas! 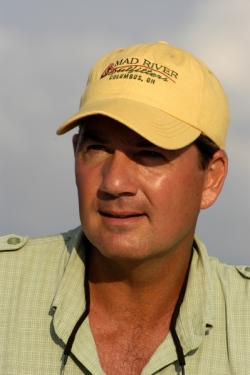