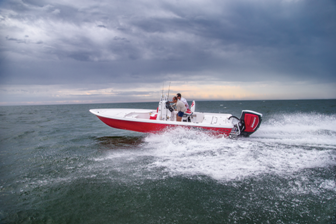 We’ve all experienced it; if you’ve ever been pitched violently against the gunwale, thrown to the deck, or had an ice cold beverage spilled in your lap, then you know what it’s like to be on the receiving end of a wake left behind by a careless or thoughtless fellow boater. The unsettling experience alone should be lesson enough to make us sensitive about the waves our own craft leave behind.  If it’s not, there’s another incentive for practicing wake management: Federal law requires that all vessels “reduce speed sufficiently to prevent damage when passing vessels or structures in or along all navigable waters of the US” including our Great Lakes.

Wake violators who are caught are usually cited for excessive speed, but boat operators are also held legally responsible for the damage to property and injury to others that has been caused by their boat’s wake. Personal injury claims are filed and won every year by people who have been injured as a result of another boat’s wake.Making Wakes