The Genesis of Dock Links 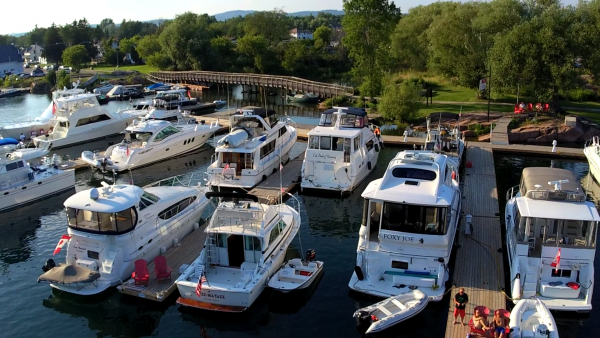 In the fall of 2016, upon having just had their boats hauled for the winter slumber in Ontario, long time Great Lakes boaters Scott Leclerc and Lyndon Greene pondered why so many boaters were actually using their boats as floating cottages, rather than as they were intended. Throughout the summer of 2016, they had spoken with boaters in their travels and had come up with a common response – boating had become too expensive. With the rising cost of fuel and regular maintenance, boaters they had spoken with had made the transition from boaters to “floating cottagers.”

The idea of a “boating club” where members could travel between marinas at a discounted transient rate, receive fuel discounts, and discounted or free pump outs was conceived. The concept, if successful, would allow boaters to use their boats more for less money thus making boating affordable again. The only hurdle was the question “why would marinas want to discount their services?”

With fewer boaters “boating”, marinas are selling less fuel, repairing fewer boats and performing less maintenance. This combined with the “cottage” effect has boaters sitting at the dock consuming electricity at an alarming rate to power onboard appliances and air conditioning units. The membership model that Scott and Lyndon had created had the ability to change the landscape for marinas as well by getting their boaters off the dock and using their boats. Boaters would purchase fuel, free up dock space for transient visitors, and require maintenance on their vessels.

After speaking with a few local marina owners who supported the idea, the Dock Links concept was born. Over the winter months of 2016/2017, the men chose geographically selected marinas throughout the Trent Severn Waterway, and Georgian Bay and spoke with the marina operators.  The men also contacted local service providers in areas where marinas had agreed to join the Dock Links network about discounts for Dock Links members. Local restaurants, pubs, spas and a major insurance company all signed on to support the program. The national auto parts chain “Carquest” also saw value in the potential membership as a location for DIY boaters to purchase marine supplies. The catch phrase of “stretch your boating dollar” was coined as Dock Links mission statement. 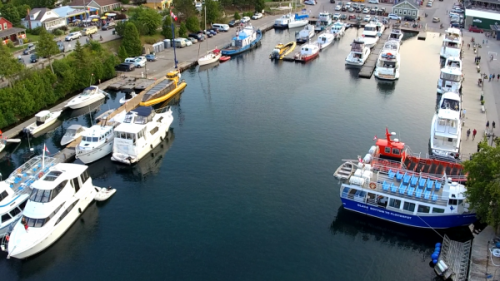 In May of 2017, Dock Links was launched with 9 partner marinas offering 50% off transient rates, free pump outs and fuel discounts, an insurance discount with a major insurance provider, preferred pricing at Carquest stores across Ontario and several restaurant discounts from the beginning of the Trent Severn Waterway in Lake Ontario through to Georgian Bay.  Despite the summer of 2017 being a terrible example of a traditional summer in the Great Lakes region, Dock Links had reached 500 members by the end of the season.

As their boats were once again being laid up for the winter season, Scott and Lyndon set out to expand both the value of the annual $59.99 Dock Links membership and the Dock Links marina network. Dave Roulston, a dedicated and experienced salesman joined the team brought the number of partner marinas to 30, stretching into the North Channel, Lake Huron, Lake St. Clair and into the Rideau Canal system.

A third-party supplier was brought onboard to supply a “Dock Links Member Perks” smart phone app that would enable boaters to save at home and at their boat, 7 days a week and 365 days a year. This new app brought with it over 2000 discounts across Canada from brand name restaurants, entertainment venues, car rental agencies, clothing and footwear, hotels and travel to the fingertips of the Dock Links membership.

As the Dock Links team manned their booth in the Toronto International Boat Show in January, their membership had grown to over 1100 members. And with fuel discounts, 50% transient rates and free pump outs, Dock Links has been able to lower the cost of boating for its members. And for the Dock Links Marina partners – their boaters are using their boats and the marina operators are seeing more transient boaters – people are actually boating once again! With Dock Links, both boaters and marina operators win! Visit www.docklinks.ca for more information.