Since Sunseeker announced the launch of its new ‘Ocean Club’ concept, there has been unprecedented interest from customers, keen to learn how this single innovation will revolutionize their time onboard. For many owners, being as close to the water as possible is a primary driver for owning a yacht. As yachts get larger however, the space afforded to this key entertainment area has not always been considered and proportional, until now. 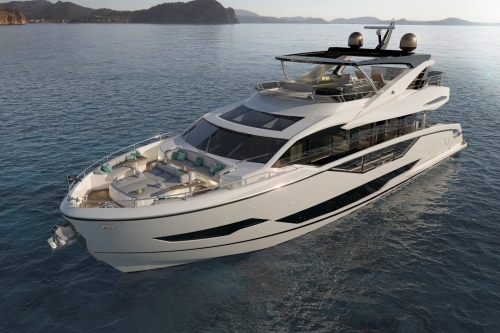 By reimagining the transom design, the new footprint allows for plentiful storage of a large jet-tender, jet-skis, Seabobs and other PWC, all launched via the integrated hydraulic bathing platform. Ease of access to the water is afforded via the optional hydraulic ladder gangway whilst Sunseeker’s innovative X-TEND convertible seating takes centre stage. Measuring a staggering 6m x 4m, approximately four times the size of competitive platforms, the ‘Ocean Club’ transforms the area in to a remarkable private beach complete with built-in BBQ, overhead rain shower and AV options.

As a result of the demand and to more accurately reflect the concept being designed into future models, Sunseeker is launching ‘Ocean Club’ as an entire range of yachts. Its superyachts will now also be named in metres instead of feet. 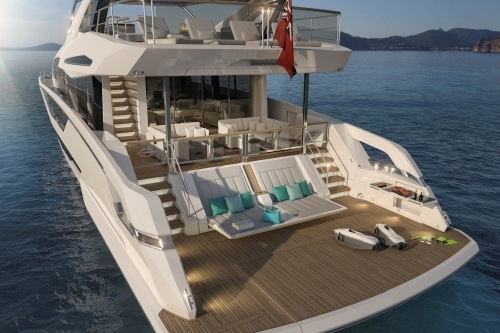 Andrea Frabetti, CEO at Sunseeker International, commented: “Our all-new Ocean Club concept heralds an entirely new design direction for us, offering customers a significant new space close to the water and transforming the traditional bathing platform design. We felt this should be recognised in the model name and have also made some other select revisions to our nomenclature to ensure they better represent the size of our new yachts. Innovation is at our core and we strive every single day to deliver remarkable ideas that surprise and delight. We are very excited about our upcoming launches which feature cutting-edge designs, world-class engineering solutions and incredible features that our customers are simply going to love.”
Website: www.sunseeker.com 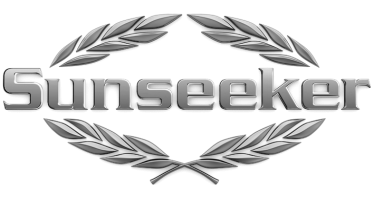 Sunseeker is the world’s leading brand for luxury performance motor yachts. Originally named Poole Power Boats, the company was founded by brothers Robert and John Braithwaite in 1969. The company changed its name to Sunseeker International in 1985 and has since become a global icon, with every Sunseeker the result of an uncompromising and unmatched approach to design, craftsmanship and performance.

In August 2013 a majority stake in the business was acquired by Wanda Group, the Beijing headquartered conglomerate with strong footprints across China, Europe and the US. Wanda Group is a committed long-term shareholder providing strong financial and strategic backing for Sunseeker’s continued growth and success.

From its manufacturing base in Poole, Dorset on the south coast of England, Sunseeker employs c.2,500 people and produces around 150 boats every year ranging from 38-161 feet.

Poole is also the home to Sunseeker’s dedicated Design & Technology Centre, a unique facility which vertically integrates every detail of the yachts from the initial concept designs through to the finishing details including furniture, complex electrical systems, helm consoles and soft furnishings. As Sunseeker produces these components in its own dedicated facility, it is able to offer exceptionally high quality control, craftsmanship and attention to detail.

In 2021, Sunseeker International will launch its first production yacht with hybrid power.

As early as 2009, the company laid the basis for a hybrid propulsion system on board in tests that were carried out on a prototype yacht – a truly pioneering step.

Sunseeker’s continual investment in research and development is evident, not only in the application of world-class innovation, but also in the design and construction of its boats. New materials and propulsion systems are continually developed and introduced to the range to offer improved environmental impact, better handling and better comfort on board. Going forward, Sunseeker is investing in new materials and features to improve sound and ambient air quality for its customers.

When customers want something even more distinctive, buyers of the larger Yacht models can benefit from the company’s ‘Bespoke’ customisation service which allows individual customers to personalise their yacht.

Demand for the company’s larger models continues to grow year-on-year with more than 130 yachts over 30m in length already delivered. This increase in demand for larger models has been the driving force behind Sunseeker’s truly momentous plans to expand its manufacturing into the world of metal-built yachts. This exciting new development will see Sunseeker produce its largest superyacht ever, the Ocean Club 50.

Working very closely with highly professional dealer representation in over 74 countries, service and product support is a key priority in maintaining customer satisfaction.

As a prominent business within the county and one of Dorset’s largest employers, Sunseeker continues its work with charities including Macmillan Cancer Support, a charity that resonates with its employees who have already raised donations approaching £100,000 during just two years. In addition, it continues its support of their annual Dorset Bike Ride which has raised over £1million since Sunseeker’s involvement began.

Most recently Sunseeker announced a long-term partnership with the Blue Marine Foundation (BLUE), a charity dedicated to creating marine reserves around the world and improving biodiversity. With the future of healthy seas and oceans at risk, Sunseeker supports BLUE in its widest sense including a unique campaign titled ‘Project Menorca’ which will focus on the island’s marine environment. Working closely with BLUE, the new partnership will establish a recognised model of conservation, supported by local partners on the island including the Menorca Preservation Fund.

The Sunseeker range constantly sets new standards and benchmarks. From the majestic Superyacht and Yachts range, through to the luxurious Manhattan range, the iconic Predator models, dynamic Sports Yacht and the agile Performance range, each Sunseeker is the result of an uncompromising approach to innovative design and engineering excellence. Never settling for second best, it is this spirit of excellence that has driven Sunseeker to its pre-eminent position in the leisure marine industry today.

The current 19 boat range consists of: