Ohio has long been recognized as a leading boating state. So, it should come as no surprise that the Buckeye State is the first in the nation to permanently declare a boating month.

If you hadn’t heard yet, officially, June will now always be recognized as “Ohio Goes Boating Month,” and the state’s marine industry and boating communities can rightly celebrate. It’s actually the result of determined efforts by the Boating Associations of Ohio to see such legislation passed by the Ohio General Assembly and signed by Gov. John Kasich. 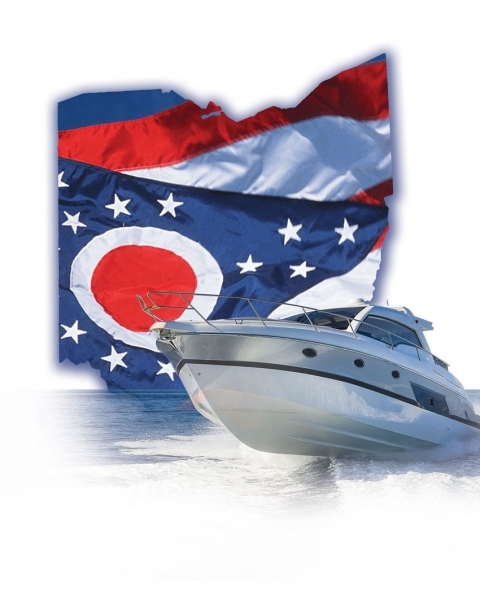 “The impact of boating in Ohio is big in many ways,” says BAO’s executive director Bryan Ralston. “We’re a top-10 boating state with nearly 450,000 registered boat owners. We know those boat owners take over 3.5 million Ohioans out on our waterways every summer. We presented our boating story to our lawmakers and the Governor and we’re grateful for their overwhelming recognition of the role boating plays in Ohio’s quality of life.”

But lifestyle notwithstanding, there’s also a solid economic message behind “Ohio Goes Boating Month.” It’s why Sens. Randy Gardner (R-2nd) and Gayle Manning (R-13th) and Reps. Steve Arndt (R-89th) and Thomas Patton (R-7th) all sponsored the legislation in their respective chambers to make the designation law.

Specifically, the state’s boating industry has an economic impact exceeding $3 billion annually. Some 26,000 Ohioans work in boating businesses ranging from boat dealerships and marinas to bait stores and service shops. Moreover, the good boating and fishing activities are significant contributors to the state’s successful tourism industry.

But Ohio’s boating story doesn’t end there. It’s also notable that Ohio’s boaters pay their own way, too. Boating is overseen by the Ohio Division of Parks and Watercraft. Ohio’s Watercraft programs have been nationally acclaimed as the model user pay-user benefit system. All the Watercraft operations are solely funded from boat registration and titling fees, boater’s fuel taxes and federal safety grants that are also funded by federal fuel taxes paid by – you guessed it, the boaters!

The Watercraft agency receives no money from Ohio’s general fund to implement any watercraft programs. Yet the Watercraft division provides safety education and patrols on the state’s waterways; builds and maintains boating access sites and launching ramps; and provides local communities with safety grants and more.

Ohio boasts navigable waters throughout the state bordered by nearly 7,000 miles of shoreline along lakes and rivers. Whether it’s paddling a canoe down a lazy stream, chasing bass and walleye on Lake Erie or cruising along the Ohio River, the state boasts excellent waterways for virtually every kind of boating activity. And the “Ohio Goes Boating Month” will be a strong call for widespread attention to the boating lifestyle every year.

The BAO is a statewide organization of boating businesses and boat owner groups like the Greater Cleveland Boating Association, Inter-Lake Yachting Association, among others. It represents all Ohio boating interests by addressing public policy issues that impact boating.

A well-deserved tip-o-the-cap to the BAO and all the state’s boaters for this trend-setting recognition.