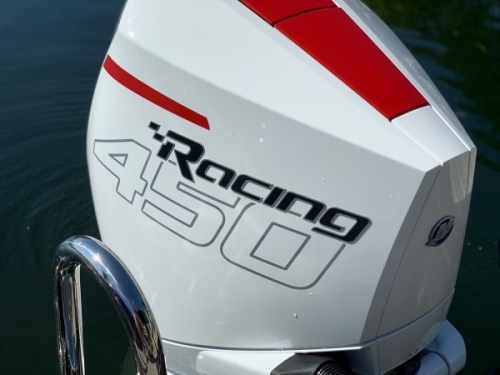 Harris Pontoons has officially announced that it will offer the Mercury Marine 450R outboard engine on its Grand Mariner and Crowne models effective immediately. In addition, both models will now offer Nautic-On as an option in addition to 7” and 9” screens (Simrad GO7 and GO9 series), an upgrade from the current 5” offering on both models.

The Mercury 450R engines, officially released in June 2019, give Harris the largest outboard option it has ever offered its customers, designed for unprecedented high performance and power. With Mercury Racing DNA, the 450R has a 4.6-L V8 FourStroke supercharged by an exclusive Mercury Racing volumetric compressor to generate 450 HP of peak propeller power and 40 percent more torque than the powerful 400R. Despite weighing significantly less than the equivalent competitor product, the new 450R offers the best weight-to-power ratio of the segment in a compact and efficient format. 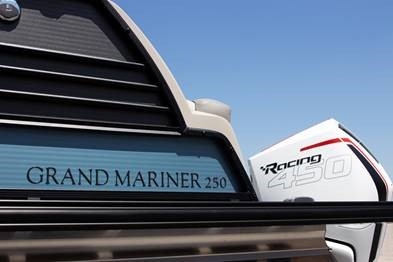 The Nautic-On option for all Grand Mariner and Crowne models provides the consumer the opportunity to keep in touch with their boat remotely at all times – a first for Harris. Consumers will be able to see a real-time overview of their boat’s key systems and location remotely as well as receive alerts as to what is going on with their boat.

“The ability to offer our Grand Mariner and Crowne customers the opportunity to power their boat with a 450R is an incredible option, one that sets us apart in the pontoon market,” said Huw Bower, Brunswick Boat Group president. “In addition, our customers now have the option of Nautic-On which is the most sophisticated remote tracker in the marine industry. These two new options are a very exciting addition to an already successful pontoon platform.” 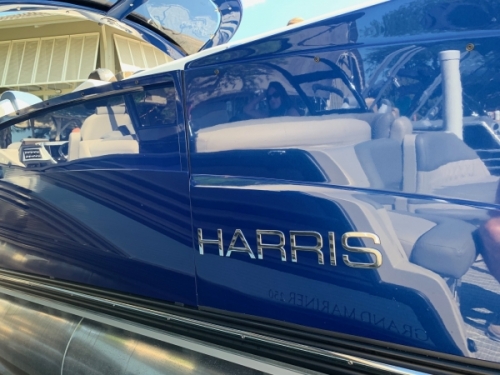 Both the Grand Mariner and Crowne models are available immediately for order with the 450R and Nautic-On option.

Headquartered in Fort Wayne, Indiana, Harris has been producing some of the highest quality luxury pontoon boats in the industry for more than 60 years. As one of the nation’s original boat manufacturers, Harris offers a history filled with design innovation, distinctive styling, unsurpassed comfort, and superior construction. Harris is part of the Brunswick Corporation, the largest marine manufacturer in the world. For more information, visit www.harrisboats.com.