Ohio anglers are expected to converge on a new Fishing Expo that will be combined with the 2020 Progressive Cleveland Boat Show, January 16-20, in the International Exposition Center. 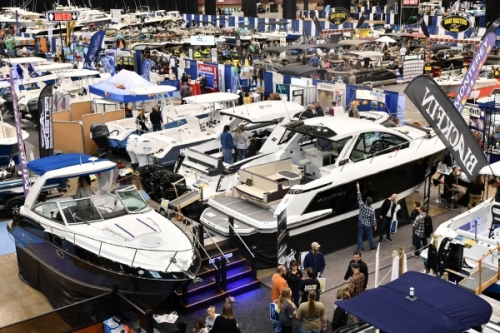 “There hasn’t been a good fishing show in northern Ohio for some years; now there will be,” explains Michelle Burke, president of the Lake Erie Marine Trades Association. “Statistically, 70 percent of all boats are used for fishing at least some of the time, while 38 percent are used primarily for fishing. So, it’s a natural extension of our boat show to add a complete Fishing Expo.” 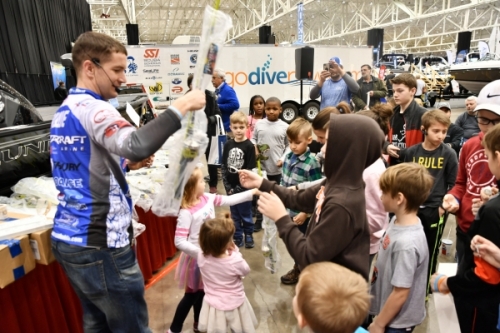 Founded five years ago, Fisherman’s Central’s large store, featuring virtually every major brand of angling gear, became an instant hit with northern Ohio anglers. That success has promoted the planned opening next spring of a second big location in a former Walmart store in the Catawba area of Port Clinton, Ohio. It’s expected to become that area’s largest fishing outlet, while a portion of the building will house FC Marine, the firm’s boat sales division that represents Skeeter, G3, Phoenix, and Vexus brands.

Burke also emphasizes the northern Ohio region as rich in fishing opportunities. For example, there’s excellent smallmouth bass and the world’s best walleye fishing in Lake Erie. But Ohio is rich in inland lakes, too, known for great largemouth bass, Muskie fishing, and much more.

The new Fishing Expo will include exhibits of tackle and related equipment, fishing charters, and resorts catering to anglers. In addition, attendees will find a wide variety of hands-on experiences, including: a trout fishing pond; casting and flipping challenges in a Casting Lake; kayak fishing seminars and demos; virtual sportfishing simulators; a fly-fishing lake; and boasting a line-up of continuous seminars and clinics by angling pros from atop the Berkley 5,000-gallon bass aquarium or on the Buckeye Sports Center Fishing Stage.

The boat show will also feature more than 450 power and sailboats ranging from small paddle boards and fishing skiffs to luxurious pontoon boats and million-dollar motor yachts. The addition of the Fishing Expo makes it the Great Lakes’ largest boat show and ranks it among the biggest in the nation.

Reprinted with permission from Soundings Trade Only.
This article appeared in the Winter Issue (Jan/Feb) 2020 of Great Lakes Scuttlebutt magazine.