Many Great Lakes boaters harbor the same dream: to sail away to distant ports and see the world from the comfort of their cockpit. The problem with this dream is that COVID-19 may have turned it into a nightmare for the foreseeable future. With many countries understandably closing their borders, it may be a while until cruisers are again welcomed with open arms to foreign shores. 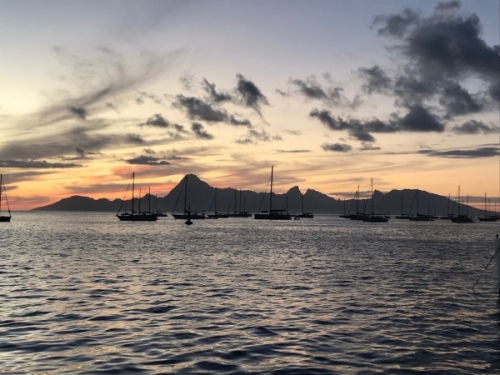 My wife and I were recently on one of those newly-popular digital happy hours with a group of sailing friends. Our Zoom crew included some close friends who are riding out the pandemic anchored in Tahiti. They sailed to French Polynesia about a year and half ago and have truly been living their dreams sailing between one stunningly beautiful island to another ever since. They received a two-year long-term cruising visa once they arrived, which has allowed them to move around freely within the island chains.

That was until the arrival of the pandemic. Now, at the time of the writing of this article in mid- 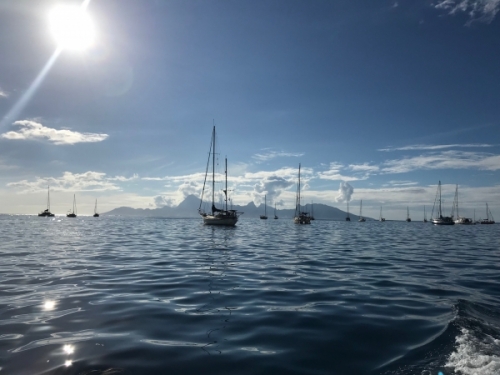 April, they are quarantined to the anchorage they happened to be in just off the main town of Pape’ete. As foreign cruisers, they are not allowed to leave the anchorage, their boat, go snorkeling, or even visit the other cruisers in the harbor by dinghy. They are allowed to briefly run into town for groceries, which, according to them, is being fairly strictly enforced by the French water patrol. Of course, the view from their cockpit is still amazing, but I’m sure this is not the world-cruising dream they envisioned—and they are the lucky ones.

The unlucky ones are the cruisers who were enroute to French Polynesia as this whole pandemic emerged. It takes several weeks to sail from pretty much anywhere to Tahiti, so many cruisers were already on their way when the quarantine was established, including the boats participating in the World ARC rally. These recent arrivals have been given only two very difficult choices by the local officials: either tie up at the marina and fly home immediately, or re-provision and carry on. The problem with “carrying-on” is the fact that the next stops are Tonga, Fiji, and New Zealand, which are all thousands of miles further west and also closed to inbound cruisers. In other words, there really isn’t any place to carry-on to.

From an American point-of-view, the actions by the local authorities may seem a bit extreme, but you have to consider the history of foreign visitors to these islands. Back in 1916, during the Spanish Flu pandemic, over 16% of the native population died after the disease was brought to their shores by a ship from California. Since that really wasn’t too long ago, you certainly can’t blame them for their current concern. With a limited population that is thousands of miles of water away from anywhere, if any place on Earth has a geographical advantage in containing the current outbreak, it is the islands of French Polynesia. 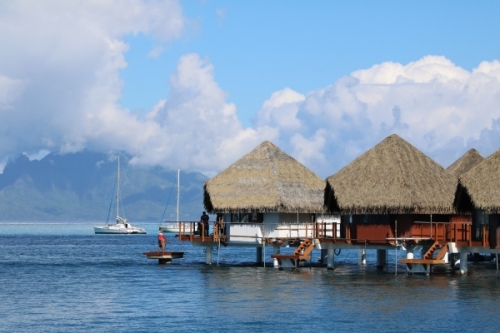 We had the privilege of visiting these islands last year. Besides the natural beauty, the thing that stood out most was the extremely friendly attitude of the island people. Sadly, our friends said there has been a noticeable change in the attitude towards the cruisers since the onset of the pandemic. They no longer receive smiles in the aisles at the grocery stores, and feel they are looked at more as unwanted foreigners instead of as welcomed visitors.

Obviously, things are evolving rapidly for us all in the short term. The bigger long-term question for cruisers will be how this pandemic will affect all the ports-of-call they had planned to visit in their dreams going forward. Will they be welcomed with open arms or turned away as suspicious visitors?

Many of these kinds of locations have local vendors that rely on tourism dollars, but with islands all over the world closing their borders, who knows what lies ahead for modern adventurers or the locals. It’s possible it will significantly change the cruising culture all over the world for the foreseeable future. However, I like to think that it’s equally possible that we will get through this soon and get back to smiling at each other and chasing our sailing dreams. 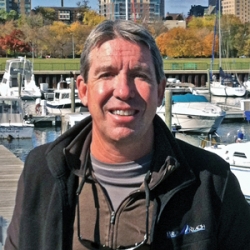