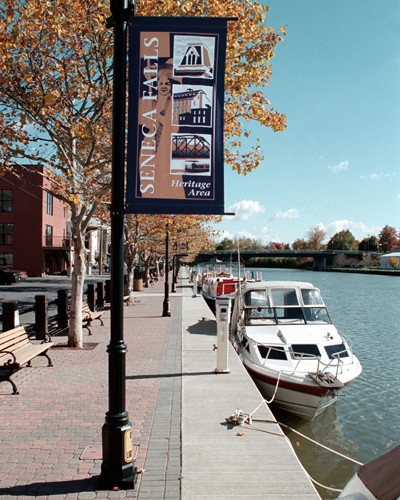 The nation’s largest advocacy group for recreational boaters, Boat Owners Association of The United States (BoatUS) is urging Empire State boaters and those who transit the Erie Canal System to have their voices heard at upcoming “Reimagine the Canal” stakeholder sessions this week in Lockport and Brockport and in the following weeks in Syracuse and Utica. They may also share their comments online. The community engagement sessions are organized by the New York State Canal Corporation’s parent, the New York Power Authority, and managed by the Rockefeller Group, to “identify new uses” of the historic waterway.

At the first scheduled stakeholder session held in Schenectady last week on July 11, the Times Union of Albany reported that some boaters voiced concerns that process may be ignoring the needs of recreational boaters. In the Friday, July 12, feature, “State Collecting Ideas for Reinventing Erie Canal,” one longtime canal enthusiast wondered why a video, shown at the start of last week's meeting explaining the project, largely ignored the most obvious use of the canal: powerboating. “If they are not in the pictures they are not in the reimagination,” said local boat owner Ted Bochenek as reported by the Times.

“Any boater who uses the canal, including local boat owners; the cruising community, including snowbirds that transit the waterway each fall and spring on their annual migration; and out-of-state boaters doing the Great Loop, should speak up now or attend an event if they can,” said BoatUS Manager of Government Affairs David Kennedy. “While the state has previously invested in the canal’s future with more recreational boating amenities such as safe harbors to tie up for the night, we want to ensure that recreational boating is not minimized in the current decision-making process,” added Kennedy.

While recreational boating in general has declined from its peak 30 years ago with a corresponding drop in canal traffic, New York State remains No. 3 in the nation for recreational boating economic activity with an $8.4 billion annual economic impact. Other measures such as shortening of the canal system operating season and hours of operation and increased flood events may also have an effect on reducing lock-throughs. The state has more than 440,000 registered recreational vessels and nearly 38,000 dues-paying BoatUS members.

Boaters can go to the Reimagine the Canal website to RSVP to attend one of the following meetings or, if unable to attend, post a comment. Rockefeller Group also advises that additional community stakeholder sessions will be announced later this summer.