You Can Own A Lighthouse

Any of three historic lighthouses on the Great Lakes could be yours. Let’s face it, living in a lighthouse could be fun, or at least different.

If you’ve ever fantasized about it, a real chance is now at hand. If your boat isn’t enough, a lighthouse could also be your summer escape place. Specifically, three lighthouses in Michigan that have safely guided boats and ships for decades are on the block by the General Services Administration through an online auction. 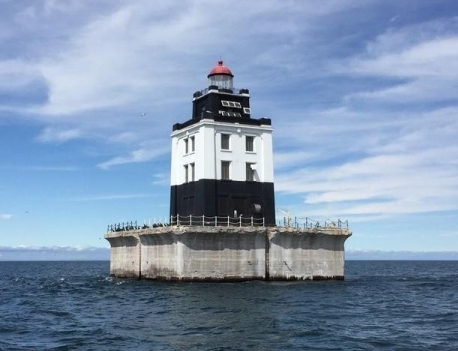 Up at the top of Lake Huron, the Poe Reef lighthouse might be yours for the low paltry sum of $15,000. It sits six miles out in the lake, east of Cheboygan, guiding vessels heading around to Lake Michigan through a hazardous channel area. As a bonus, you’re very unlikely to be bothered by surprise visits from relatives out there! 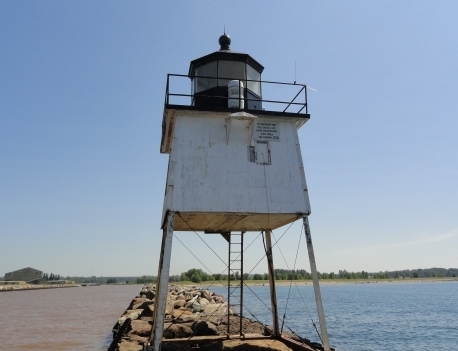 The second beacon up for sale, the Ontonagon Breakwater lighthouse, is actually the westernmost lighthouse on Michigan’s Upper Peninsula. It’s perched at the entrance of the channel leading to the Ontonagon River from Lake Superior. This one is listed on the National Register of Historic Places and actually sits on dry land for much easier access. 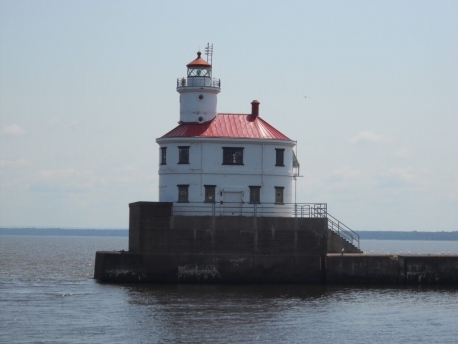 But if living on a sandbar is your real fancy, the Superior Entry lighthouse would be the one for you. It sits on the sandbar between Superior, Wisconsin, and Duluth, Minnesota. Starting bid is reportedly a mere $10,000. Built in 1913, this lighthouse can mostly be accessed only by water, albeit pesky relatives could reach it if they choose to climb over the rocks leading to the breakwater on which the lighthouse is perched. It does include a lot of room in the two-story living quarters and a basement, however.

Why would someone want to own a lighthouse? In the past, many enthusiasts have jumped at the chance to own their own lighthouses, according to a story reported on Cleveland’s WJW-TV back in 2013. Ohioan Sheila Consaul, for example, paid $71,010 for the Fairport Harbor lighthouse on central Lake Erie.

Consaul told WJW-TV: “I have watched this lighthouse my whole life. It’s my first time to ever be inside. It was really neat.”

I know Ms. Consaul’s lighthouse, with its classic 42-ft. light tower and attached keeper’s cottage, very well. Over the years, I spent many beautiful nights on our boat anchored up behind its protective breakwall at the mouth of the Grand River.

While Ms. Consaul enjoys the peace and beauty of hers, what might someone do with a lighthouse? According to the United States Lighthouse Society, in more than a dozen states, former lighthouses have actually been converted to inns. You could try spending some time in a lighthouse accommodation before making up your mind to write a check for one. Find out more at the Lighthouse Society’s website.

Then, if you’re still interested, the lighthouses available are listed at GSA Auctions (search keyword “lighthouse”), a website the government uses to sell federal property. Incidentally, in virtually every case, the Coast Guard continues to maintain the light.

Reprinted with permission from Soundings Trade Only; Appeared in the Fall Issue 2019 of Great Lakes Scuttlebutt.