When Hearts Beat As One

We were anchored in a beautiful bay just a few kilometers northwest of Naples, Italy. We'd been there for over a week, waiting for some parts that were coming in from the States to repair our poor overworked generator after we'd picked up some bad fuel in Gibraltar. We’d been "out" from our last stop at our home base in California for about two years, after a three month stop there to catch up with old friends on our way from the South Pacific to Europe via the Panama Canal. 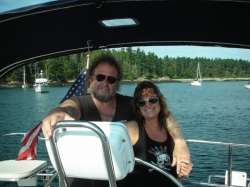 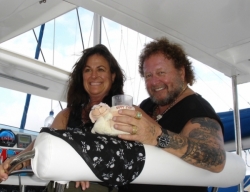 Anyway, after a week anchored there, I was anxious to pull up some sail and get moving again, but Jody was really starting to settle in and wanted to stay a while longer. I think this is where it finally dawned on me that there is a huge difference between some couples on why they cruise. All of a sudden, it hit me right between the old baby blues. 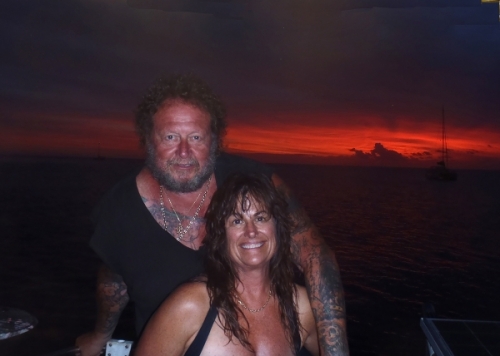 In the 20 years that I had been sailing, and this was 15 years ago, the thing that drove me to want to cast off was the thought of adventure. The feeling I had when I dropped a dock line or hoisted an anchor was all about where we would be heading next. I was always looking for the new adventure, the thrill of arriving at a new destination, and of accomplishing a voyage that I could look back on for the rest of my life as a true adventure.

Jody, on the other hand, had different drives. The dream that formed in her head as we planned a voyage wasn't about the adventure of the voyage. It was about the lifestyle of visiting exotic ports and seeing new worlds, new cultures, and meeting new people. Fortunately, these two disparate drives combined to make the cruising lifestyle just about perfect as a way of life for both of us.

But I did notice that the one time we seemed to reach an impasse was when we'd be anchored somewhere. It didn't matter if it was a beautiful uninhabited island in the South Pacific or an ancient seat of civilization in the Mediterranean. We would always seem to have different ideas about when we should depart for the next anchorage. I was always pushing to set sail in a day or two, and she always seemed to want to hang there for a while to rent a car, maybe to take some inland trips.

We have sailed together for about 50,000 miles, and it wasn't until just recently that I realized how different our reasons for heading out were. And, it was, of all places, as I sat getting my hair cut. I was the cuttee and Tina Cassaday the cutter. Now, Tina is an avid sailor and as I sat there I was discussing our new boat and the plans we were making.

Jody and I had been planning the run from New England, where the boat was being built, down to the various boat shows we plan on showing her in, but it was after the show circuit that we were having a problem. You see, a few months ago I was having lunch with Jimmy Cornell and when he showed me his photos from a recent trip to the Antarctic, I was infused with a passion to go see it for myself. But much to my dismay, Jody didn't share my enthusiasm. In fact, she pretty much put a damper on the voyage. 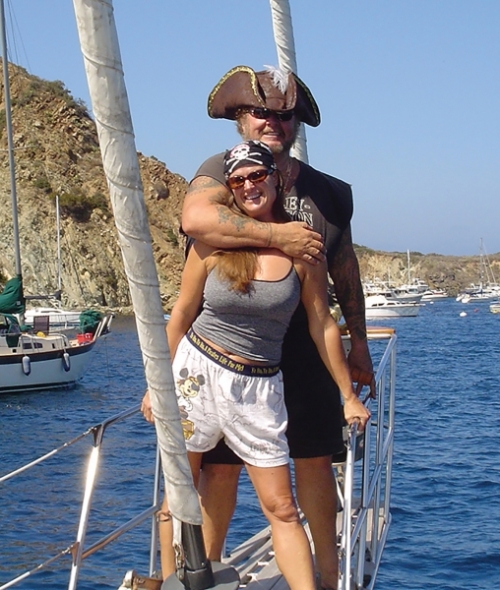 "Why would you want to go there?" she asked. "I thought you liked to sail where the water is warm?"

She had a point. In the past, one of the prerequisites for any voyage was the ability to jump in the water whenever we wanted to. Somehow the picture of me jumping into ice-strewn waters filled my head… BUT (large word) I wanted to do it. In fact, after some discussion, we decided that, if I was truly committed to this, maybe she'd fly out from Buenos Aires and join me after I'd had my fun on the other side.

Tina, having the wisdom of 20 years as the hairdresser to the stars (i.e. a true amateur psychologist!) had the answer. "It's the same with Dave and me," she said as she lopped another curl from my thinning crown. "It's obvious," she continued. "Bob sails for the adventure and Jody sails for the lifestyle."

So there it was, and for all the years we'd sailed together I had never realized it. Once I would reach a new harbor, I was ready to head out again. The adventure had been completed. It was time to move on. But, to Jody, the adventure was just about to begin. There were streets to explore, people to meet, and sightseeing was waiting on the shore.

The trip to the Antarctic may or may not happen, but it won't be because Jody and I don't see eye to eye. We will see as we get closer to the reality of the voyage. But I think we made a much more important discovery, thanks to Tina.

People who cruise together don't have to see eye to eye to have their hearts beat as one.