The Evolution Of Valhalla Boatworks 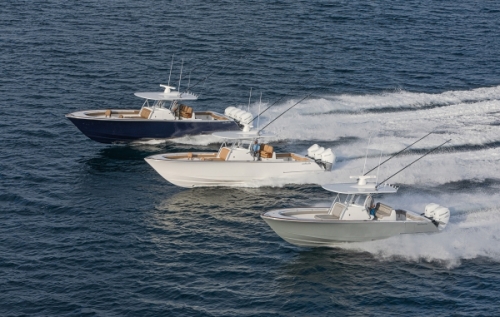 By now, you’ve certainly heard the buzz, and perhaps you’ve even seen the result of a 20-year dream for the Viking Yacht Company—Valhalla Boatworks, a high-performance center console line. The origins of Valhalla Boatworks go back to the early 2000s. Don Gemmell, a member of the Viking design team and a close friend of Viking’s President Patrick Healey, wanted to develop a Viking-quality boat in a smaller size. He mapped out a four-page business plan in 2003 for a line of outboard-powered center consoles. 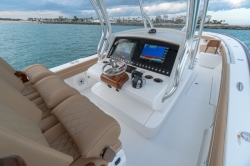 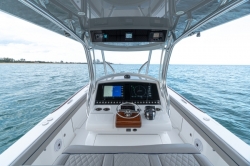 These boats would be built with the same high level of construction, engineering, and craftsmanship as a Viking yacht. “We were all excited about the project, but, at the time, the economy was turning for the worse and it got put on the backburner,” says Don.

Fast forward 10 years. Viking co-founder Bill Healey and his grandson Sean (Pat’s son) revived the idea and even began looking for a site in New Jersey to build smaller boats. Finding the right location proved very difficult at that time, but Sean and his brother Justin kept the dream alive. In 2016, Viking Yachts purchased the Ocean Yachts property near the Mullica River in Egg Harbor City, NJ, and began building its 37 Billfish there. Sean and Justin pressed their father with the idea of building the center console boats too.

At the Miami Boat Show in 2018, the Viking team met with yacht designer Michael Peters and began discussing a high-performance center console project using Michael’s patented double-stepped hull design. “We had worked closely with Michael on our motor yachts, and teaming up with him for the center consoles was a natural extension of that relationship,” says Pat. “The timing was right, and we were all very eager to build our own center console after all these years.” 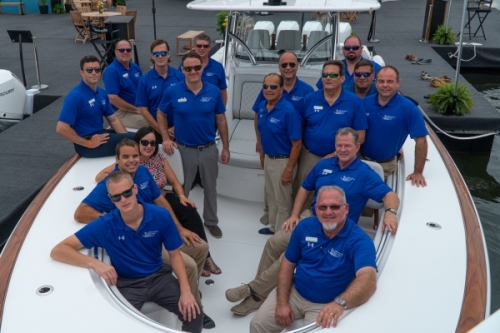 “It’s an amazing accomplishment for everyone at Viking to see this come to fruition,” says Pat. “Valhalla Boatworks is a new chapter and a new milestone in 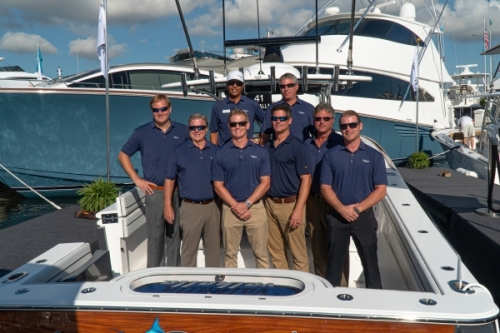 Erik Krueger, Jefferson Beach Yacht Sales Vice President and Viking Brand Manager states, “Viking hands-down leads the industry in performance, innovation, engineering, and luxury. I can’t think of anyone better to build a high-performance center console line, and the results are already clear. From the first step on board a Valhalla Boatworks model, the fit and finish is everything you’d expect from a Viking-built boat. The details are impeccable. Take a ride and you’ll be blown away by the performance in all categories.”

As Viking has clearly evolved, so has JBYS. With seven locations, 39 skilled and experienced team members, and now a certified dealer for both Yamaha and Mercury outboards, the exclusive Great Lakes Valhalla Boatworks dealer is well positioned to meet your needs for this exciting line of boats. 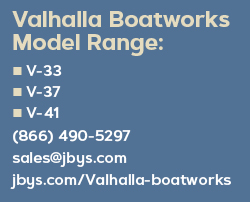 “As the world’s oldest Viking dealer, my brother and I have spent our entire lives experiencing the Viking difference,” says JBYS President Amy Krueger Malow. “Growing up with a father who never said no to running in even the worst of seas, we quickly learned there was only one vessel brand of choice for those conditions, and that’s a Viking yacht. My sense is that, when the Valhallas hit the Great Lakes this summer, we’ll see natural selection at its best in the sector.”

Aboard the Regal 33' SAV with South Shore Marine