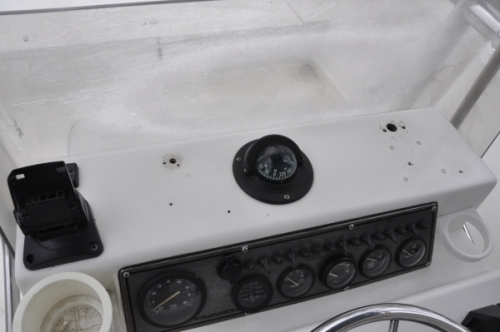 I own what, in the Florida Keys, we used to refer to as a “white” boat, a generic term for the ever-popular white, outboard-powered center console style of fishing craft that dominates those coastal waters. The designation covered boats from 17 to 27 feet in length and any light colored hue from beige to stark white. Mine is a 1999 Aquasport Osprey 200, powered by a 130 hp Evinrude outboard, about as generic and plain vanilla “white boat” as you can get.

One of the things I like most about the Aquasport is the utter lack of teak, used as trim or otherwise. I got my fill of teak while owning several Mako center console boat models over the years, back in the day when it was popular for manufacturers to offer varying amounts of the tropical wood trim that I avoid like ethanol these days. Sure, when properly bleached, stained, and soaked in Tip-Top-Teak oil, the locker trim, hatch covers, and other wood accents looked great. But a month in the sun had it fading to ‘silver’ and looking unkempt.

Which, of course, is why tropical hardwoods such as teak and mahogany were used on boats in the first place: they naturally resist rot and require little care to weather marine conditions and use that would soon stress lesser wood types. Untended teak left to turn grey may look weak and unfinished, but it’s still probably doing its intended job. 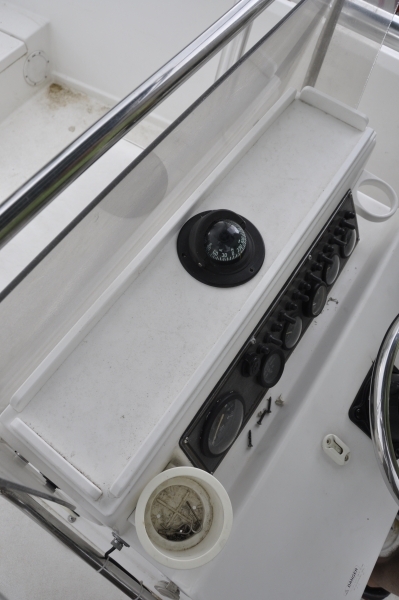 These days, we have alternatives to teak: high-density marine-grade polyethylene panels that can be cut and trimmed to practically any shape and size that can hold a screw. It can cling to bedding, remain stiff or flexible as needed, and requires no care at all. King Starboard is perhaps the most popular, but there are other types, and I know some DIY boaters who even turn to using kitchen cutting boards made of similar material for small jobs – knowing that the non-marine grade board doesn’t have the UV inhibitors and density to allow it to stand up to the conditions as the King material made for use aboard will.

When it came time for me to resurface the top of my steering console, which was full of holes from my own and previous owners’ electronic accessories, I decided to start with a clean slate, so to speak, and simply cover the unsightly surface with white starboard. I wanted to mount a new Helix fish finder and try to create a tray atop the level surface for containing small items like sunglasses, pliers, etc. As I starting searching for starboard sources, I came across a Florida-based company called Boat Outfitters. Not only do they supply King Starboard, they will design, custom mill, and assemble what you need built of the material. Before I knew it, I was emailing Outfitters the measurements for what I had in mind – including the cutout required to secure my flush-mount compass and desire for a 1/2 inch-high lip around the perimeter to create the tray. 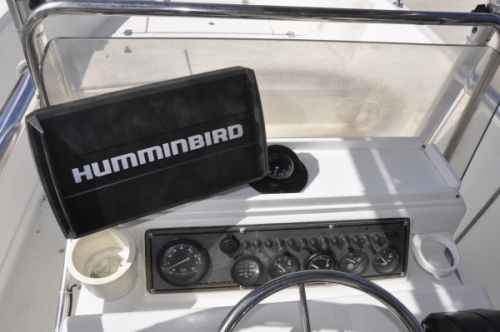 A week later, I received the custom helm top, complete with perimeter rail that included slots for draining water from rain, spray or spills, something I had not considered. The starboard top worked so well and was so easy to install that I am planning to use it to replace the plastic trim that surrounds the access doors to the helm console on my “white boat.” And if I get nostalgic and seek a little contrast on my plain vanilla craft, I can order teak-colored starboard for the job.

tags: Decorative, Do It Yourself (DIY)

Dump at the Pump Clean Water