Spring Tidings: A Review Of Tide Considerations When Traveling

If you own a boat that’s trailerable, a major perk is the ability to take your vessel with you when you vacation. For Great Lakes boaters, if those travels involve a trip to the coast with the family boat in tow, a learning curve you will face is as inevitable as the setting of the sun. In fact, it is caused by the sun — and the earth and moon — and is known as “tide.” 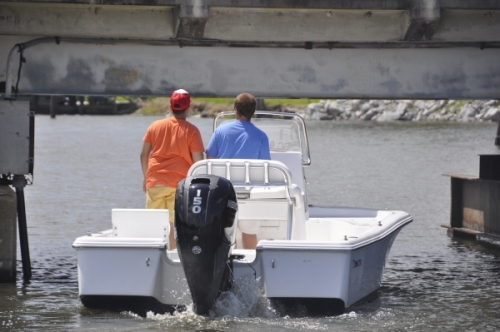 Tide is the vertical level of water in a particular location, and is caused by the interaction of gravitational and centrifugal forces between the Earth, the sun, and the moon. The forces cause the water on the Earth’s surface — including, to a small degree, the Great Lakes — to flow toward areas that are closest to, and those farthest from, the sun, creating “high” tides and “low” tides. At any given time, two areas of the Earth are experiencing high tides and two are experiencing low tides, depending on their ever-changing proximity to the sun and the moon as the Earth rotates on its axis.

What that means to coastal boaters is ever-changing water depth. Factoring in these fluctuations can mean the difference between your first maritime boating experience being remembered as a dream trip or a nightmare.

For example, the launch ramp that offered plenty of depth beneath your lower unit when you backed off your trailer in the morning may beckon you over a prop-devouring oyster bed lurking inches under the surface when you return to the same lane later in the day. Or, as I have experienced personally, a dropping tide can leave a boat beached high and dry that an hour earlier had been bobbing at anchor with two feet of water under its keel.

Rising and falling tides also can wreak havoc on a boat tied tight to a dock. Experienced coastal boaters learn to leave enough slack in their lines to compensate for local water level fluctuations – which also are an issue when anchoring. Water depth that may offer enough scope at low tide may not offer enough angle for your anchor to keep your boat put at high tide; on the other hand, anchoring in shallow water at high tide may strand your boat when the tide drops. Tidal currents change in strength and direction, and may conspire to compromise an otherwise secure anchor job.

In summary: when boating in waters affected by tides, you must constantly factor their ever-changing influence into your plans. 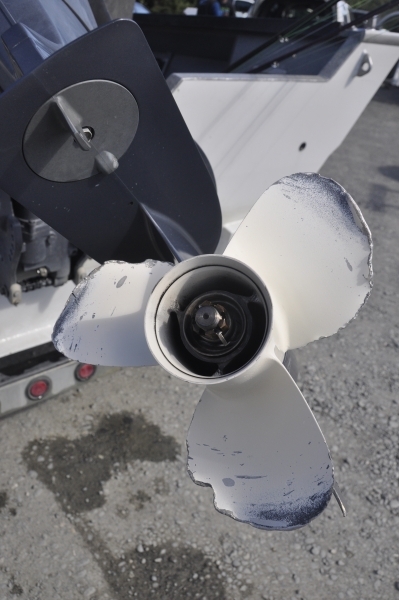 DO: Get an up-to-date chart of the coastal area you intend to boat and study it.
DON’T: Leave the launch ramp without referring to that chart and keeping it accessible.

DO: Always know the state of the tide in the area while you are on the water. Local Tide Tables are posted in newspapers and are usually available for free from marinas and tackle shops.
DON’T: Cross any water that you are not sure offers enough clearance for your boat and motor.

DO: Proceed slowly until you are familiar with the waters and learn when you can go where.
DON’T: Tie up or anchor your boat and leave it for any amount of time without taking into consideration the stage of the tide.

DO: Pay attention to channel markers and other visual aids to navigation.
DON’T: Ever “cut off” a channel marker, crossing shallow water, to save time. A flat or point that may have been deep enough to cross at a higher stage of the tide may not be at a lower stage.

DO: Talk to locals for local boating advice, including tidal range and low water routes.
DON’T: Run aground at high tide. Things can only get worse! 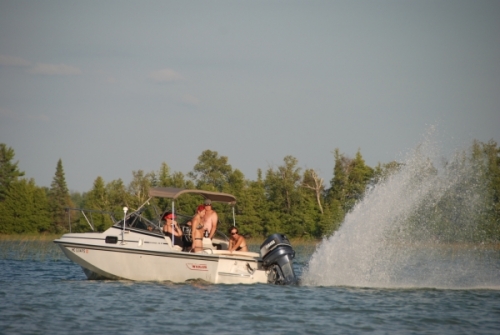 Tides actually originate in the open ocean but their effects are most apparent along the beaches, bays, sounds, and rivers near and along the shore. Because water tends to “pile up” when confined, the effects of tides may be most noticeable far upstream from the mouths of rivers flowing into the sea.

The flow of water between areas of high and low tides is called “tidal flow.” When the direction of that flow conflicts with the current of coastal rivers or water conditions created by wind, extremely rough water can be the result. Exiting or entering the mouth of a bay when a strong outgoing tide is meeting waves created by a powerful on-shore breeze can be treacherous for even experienced boaters and should be avoided until conditions calm.

The moon’s influence have the tides following the schedule of a “lunar day,” which is actually 24 hours, 50 minutes in duration. That results in the two high and two low tides each period occurring about 50 minutes later each day.

Range: The difference between high and low tide levels.

Tidal/Chart Datum: A level against which tidal heights and depths are referenced based on the lowest low tide level.

Height of Tide: The vertical measurement between the surface of the water and the Tidal/chart datum. Not to be confused with water depth.

Mean Sea Level: The average height of the surface of the water for all stages of tide.

Tide Stand: The point when vertical movement ceases at high or low tide.