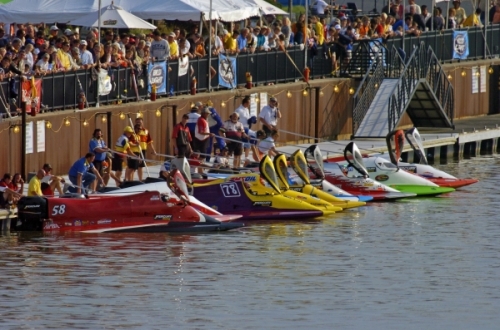 It’s been over a decade since powerboat drivers have raced along the Toledo, Ohio, riverfront, but this summer, the racers will return to make a splash for Rock the River Toledo.

A celebration of powerboat racing and community, the free event on Saturday, June 29, 2019, will gather fans in witnessing the action at the 2nd stop of the 6-series NGK Spark Plugs Formula One (F1) Powerboat Championship, which airs on CBS Sports. The racing will take place on the Maumee River, located near the northwestern shore of Lake Erie. 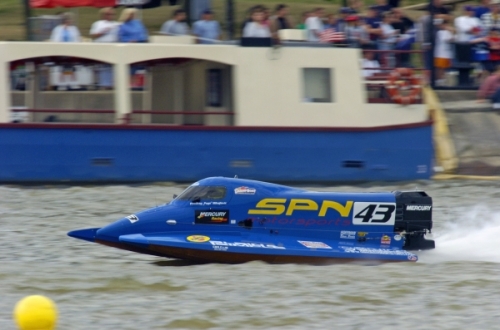 During Rock the River Toledo, F1 boats will reach speeds of 120 mph and take razor sharp turns, creating nonstop challenges for the world-class drivers. The up close and personal, deck-to-deck competition creates thrills rarely experienced by boat racing fans. Opening ceremonies will kick off at 3 p.m. and are free to the public. There will be heat races leading up to the final, along with live bands, vendors, free race pit access, driver autograph sessions, Dart boats and other displays. The event is hosted by ProMedica and the United Powerboat Performance Group, and sponsored by iHeart Radio.

“It’s been almost 15 years since we last raced in Toledo and had the honor of winning,” said Mercury Racing sponsored NGK F1 powerboat driver Chris Fairchild. His last race in Toledo earned him the fastest man on the Maumee title. “I’m excited about coming back and getting back on top of the podium.” 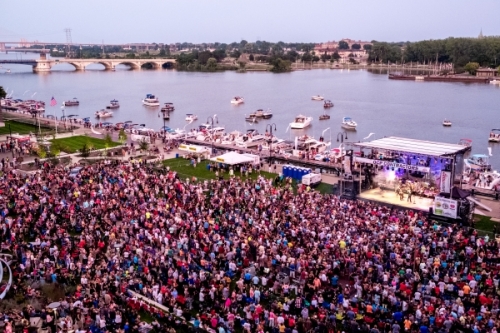 Equally exciting is the change in landscape since Fairchild last raced in Toledo. In recent years, the city’s riverfront has been revitalized, with more opportunities for entertainment and leisure.

In 2017, ProMedica, an integrated healthcare organization serving communities in 28 states, established a new employee headquarters on the city’s downtown riverfront. The location was the historic energy steam plant, originally built in 1896. Now renovated, the steam plant is home to more than 460 of the organization’s employees.

Promenade Park, adjacent to the steam plant, roared with community events in the 1980s and ’90s. ProMedica is driven to breathe life back into Toledo’s riverfront with events like Rock the River Toledo and ProMedica’s Summer Concert Series. 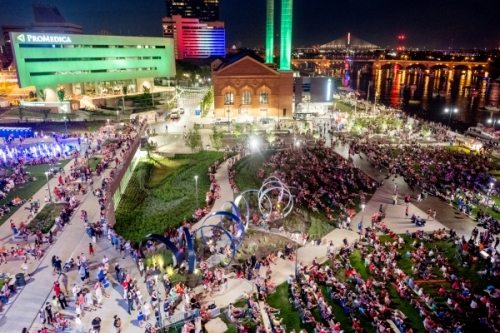 “ProMedica is really excited that powerboat performance fans will get to experience a thrilling race right here in downtown Toledo along the Maumee River,” said Kathleen Merrill, vice president of marketing communications at ProMedica.

“What ProMedica and the city of Toledo has done to the riverfront since I raced here in 2004 is amazing and just makes our job easier to put on a great show,” said Fairchild. “I know myself and other racers are excited to fly around the Maumee River at 120 mph and put on the most exciting race on the water.”

Learn more about the F1 Powerboat Championship at www.ngkf1.com.

>> View the event on our Boat Shows & Events Calendar << 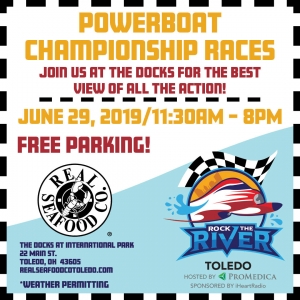 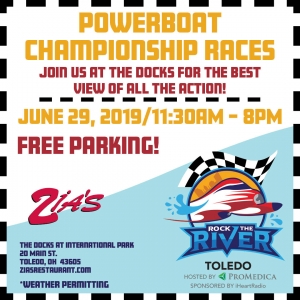