Toledo has always been a hotbed of powerboat activity, from as far back as the 1913 Centennial Regatta, through the years up to the Portside heyday of the 1980s. Destinations such as the Presque Isle Amusement Park, Walbridge Park, and the Lake Erie Park and Casino made for great boating entertainment on the Maumee River and Lake Erie. Many yacht clubs sprung up, encouraging races, regattas, and camaraderie amongst boaters. The Prohibition years saw a spike in the number of mahogany speedboats zipping across the Lake to deliver contraband from Canada, thanks to Toledo speed boat manufacturers such as Dart Boats. However, since the demise of Portside and the Rally By The River concerts, the downtown waterfront has been noticeably quieter. No longer! Now, with the revitalization sparked by Promedica Health System’s move to the waterfront, the newly-opened Renaissance Hotel, and a host of other new downtown businesses, life is slowly returning to Toledo’s shoreline. 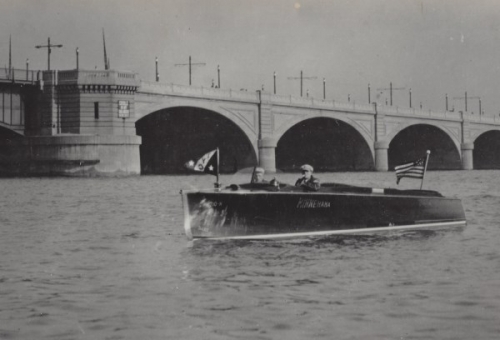 As restorers of antique and classic boats, we see old photos and hear stories of these long-forgotten waterfront activities and dream of recapturing some of the vibrant river life that existed many years ago. Hopefully, with the resurgence of life in downtown Toledo, we will see an increase in boats and boaters on the Maumee River, creating new destinations and experiences. In our mind, we are doing our small part to tie the future of Toledo to its rich past, by restoring and maintaining classic boats that give a glimpse of what life was like many years ago. Our goal is not only to create visual “museum pieces,” but to provide a reliably-restored classic that can be used regularly, whether that’s accomplished by maintaining a Sandusky-built Lyman, a classic Chris-Craft, or by building a new composite-hulled Dart speedboat. 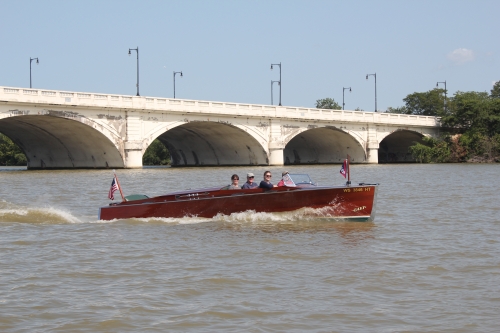 Every summer we celebrate the boating history of our region by hosting the Toledo Antique & Classic Boat Show. This August 25, close to 100 vintage boats of all kinds will converge on the waterfront at Promenade Park, with live music, vendors, and land displays. We encourage our participants to leave the dock for a ride or two during the show, to give the spectators a sense of the sights and sounds that would have been commonplace many years ago. In this way, we hope we can bring an appreciation of Toledo’s waterfront heritage to a new generation.

Find out more at www.ramseybros.com.