Ode To The Bucket

Early in my career, I lived in the Florida Keys and worked as a mate on dive, crawfish, and charter boats in the Lower Keys. A frequent challenge, when crewing offshore charter fishing boats out of the Key West fleet docked at Garrison Bight marina, was dealing with clients who came aboard hung-over from partying on nearby Duval Street the night before.

When directed to one of the ‘hot’ seats, where anglers are placed when it is their turn to fight the next fish, the designated fisherman’s sole duty is to watch the baits and/or attractors skipping in the boat’s wake for fouled lines or signs of gamefish, alerting the captain and crew in time to free the snag, make a presentation, or to prepare for a strike. 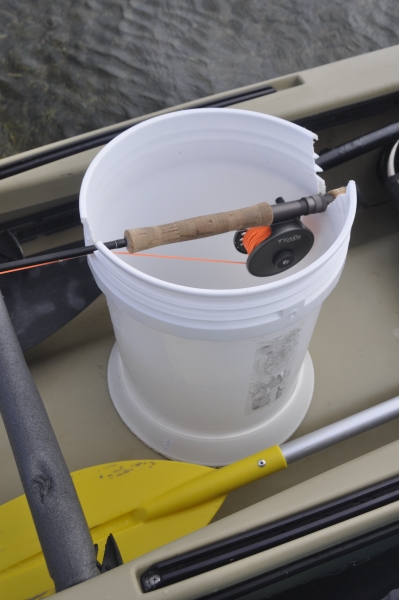 A notched five gallon pail makes a handy rod holder aboard small craft like canoes, and doubles as a stripping basket for fly casters.

As aboard most boats, we kept a couple common five gallon buckets on deck that served a variety of uses, from temporary bait container or portable head to a trash pail or washdown “hose.” When needed, our deck buckets served another duty altogether.

From time to time, an angler who was supposed to be on watch would succumb to the relaxing rhythm of the boat under the warm subtropical sun and nod off. We forgave a first nod, and perhaps a second – unless the offending angler was one who stumbled aboard smelling of drink, among other things. When a participant in the previous night’s “Duval Crawl” shirked his duty by sleeping away his watch and caused the party to miss a fish, we had a sure-fire hangover cure handy. 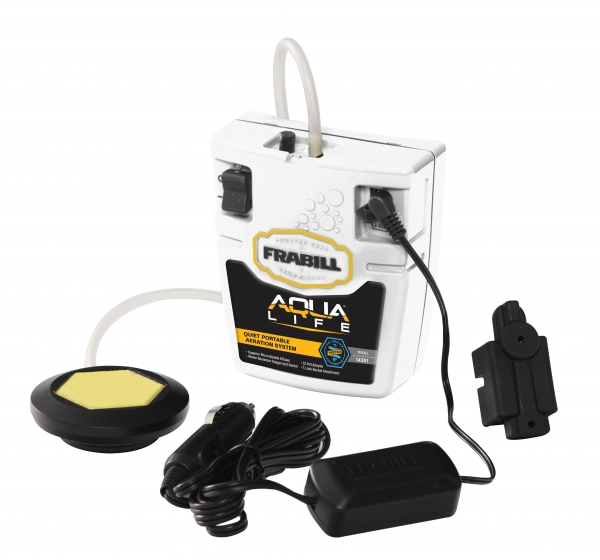 Frabill is one of several companies that offer five gallon buckets as well as aerators to transform any bucket into a portable baitwell. (frabill.com)

The next time the repeat offender nodded off, I would deftly clip a bucket to an 80 pound class rod and reel and lower it over the side and far back in the boat’s wake before slipping the rod into the holder at the dozing angler’s elbow.

At the signal, I’d loosen the drag, the captain would gun the engine, and we’d scream “FISH ON!”

Jolting awake and jumping into action as best he could, the offending fisherman would grab the throbbing big game rig and battle his quarry as the captain used his boat handling skills to make the bucket do everything but jump clear of the water. Deep, head-shaking dives and thrilling high speed runs would soon have the angler sweating, aching, and issuing oaths as he toiled to turn his stubborn adversary. Some anglers would give the fight their all, including the contents of their stomach during the battle, which is why we always kept a second bucket handy. But eventually, the angler’s considerable skill and efforts would prevail and the catch would come boat-side for all to envy. 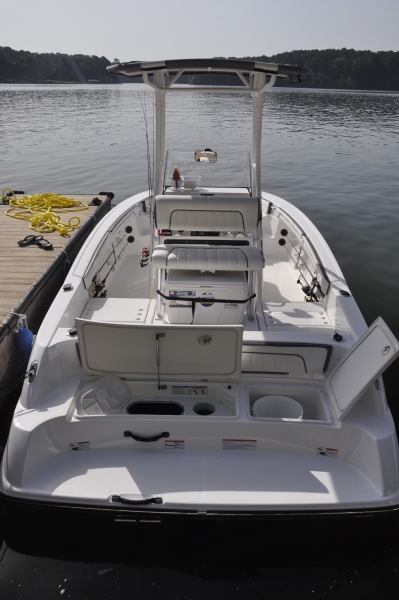 Five gallon buckets have become so popular among boaters that some manufacturers, including Yamaha Marine with their FSH models, now offer lockers designed for their use, with cutouts and dimensions specifically intended to accommodate the popular pails.

About that time I always situated myself out of arm’s reach of the angler, as some didn’t appreciate the lesson, or being the butt of the joke, and got so mad they started swinging punches and issuing expletives as crew and company jeered and cheered the trophy plastic catch.

But they never fell asleep again during their watch. 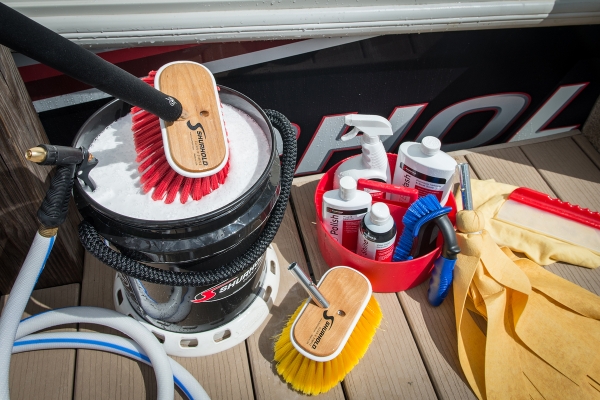 Shurhold makes boater’s buckets and offers a myriad of accessories to make the popular pails – both theirs and the generic buckets -- even handier.

The offshore angler hangover cure is but one aftermarket use for the common five gallon buckets, also referred to as a “pickle bucket” among other names derived from their original, intended use or content.

The generic pails have become so popular among boaters that companies now offer aftermarket lids, racks, wrap-around organizers, padded handles, and even toilet seats for the buckets. The popular boat accessories company Shurhold even produces the buckets themselves, complete with a comfortable rope handle and handy stabilizing base, as well as all manner of items that allow a common bucket to serve several duties aboard and ashore.

So, the next time you find yourself behind a fast food restaurant or on a construction site where the five gallon containers are commonly discarded, consider inquiring if any pails in sight might be free for the asking – or a quick grab and dash.