Kids Just Want to Have Fun... At the Boat Show! 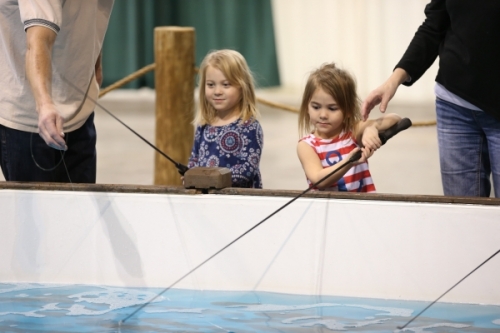 When I was a kid, the first few months of the year was boat show time. Back then, in February, my family and I would break from the winter chill and step into the indoor summer of the Detroit Boat Show heating up Cobo Hall (recently renamed as the TCF Center).

I climbed onto every boat with my dad, who taught me what was special about each. Even today, I can recall specifications from any power boat released from the early 1970s through the late 1980s. It was the boats themselves that delighted me most. 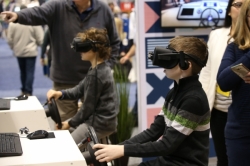 “We definitely believe in hands-on, experiential things for the kids,” says Keith Ogulnick, National Marine Manufacturers Association’s Show Manager for the Chicago Boat, RV & Sail Show, “but as much as anything else, it’s just getting them there with their families and getting them on a boat.”

Ogulnick says this year’s show in Chicago will continue its long kid-friendly traditions, including sailing seminars for sailors of all levels; a sailing simulator, allowing kids to get the feel of operating a tiller while tacking or jibing – depending on how the exhibit’s fans fill the sails; remote-control sailboat racing, offering kids the thrill of competing against family and friends; the Discover Boating Experience, featuring interactive presentations and demonstrations for boaters of all ages; and the Build-a-Boat activity, sponsored by the Chicago Maritime Arts Center, whereby kids learn about boat design and science and compete with other boat builders. 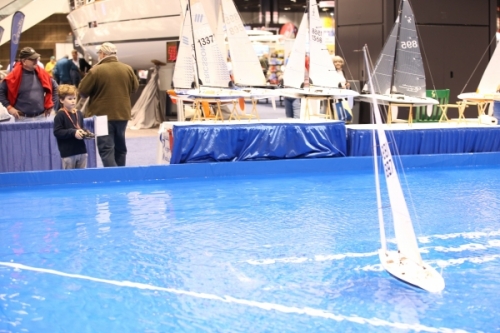 The Huck Finn Trout Pond, where kids can catch and release fish from an indoor pond, is an important attraction that’s made an impression on generations of kids.

“It could well be the very first time a little kid catches a fish,” says Ogulnick. “They get excited… And maybe we’ve hooked that kid on the outdoors instead of an iPad.”

Amanda Wenecker, Vice President of Marketing for Michigan Boating Industries Association, says, “The big boats are definitely an attraction for the kids and adults alike. You
see 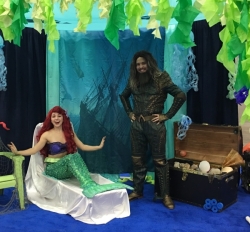 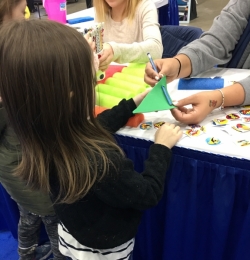 all those little shoes on the docks going into those boats.”

Wenecker, who manages the Detroit and Novi, Michigan, boat shows and the end-of-summer Metro Boat Show, adds that, in addition to bringing stunning new boats to the floor, she makes a strong effort to offer attractions for kids.

In the Kids Zone, The Mermaid Princess greets families and invites kids to choose a seashell from her treasure chest. There’s also face-painting, a Spin the Wheel of Treasure, a toy sandbox, and the opportunity to make a nautical-themed craft to take home.

Families will also find presentations by marine law enforcement and Michigan Department of Natural Resources personnel, showing kids various boating tips from how to tie knots to how to wear a life jacket properly. And the shows are packed with exhibits showcasing recreational boating accessories. A big hit with kids, Wenecker says, is the Water Rollerz, or what she describes as “a human hamster ball.”

“The kids are as excited for the summer as mom and dad,” she adds, “so they’re getting their tubes, their life jackets, their skis.” 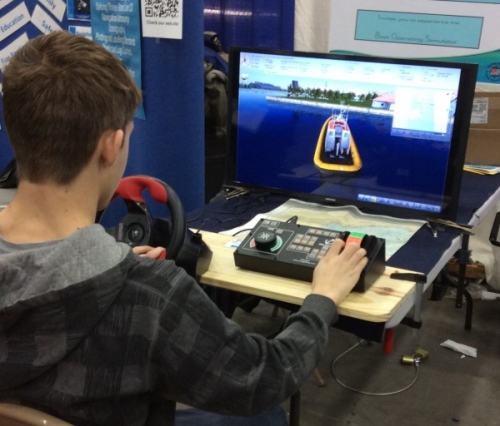 Older kids can develop their boating skills by trying out the boat simulator brought to the show by the Detroit Power Squadron, which simulates the experience of operating a boat, including docking it. For those 12 and older, the Oakland County Sheriff’s Department offers a free boating safety course. Those who complete the course successfully earn their boating safety certificate.

High school and college students are admitted free with their parents to the Detroit Boat Show from January 20 to 24 during the Marine Career Days event, which features presentations by professionals in marine commerce, recreation, and safety.

Metro Boat Show, which takes place in Lake St. Clair Metro Park marina, brings more boat-show fun for kids in mid-September. In the area near the docks, kids can play at water tables and operate remote control boats. There’s also live music and food trucks. A life-jacket bin sits on the docks so that parents can borrow a jacket for a child joining them to climb aboard the boats showcased in marina’s slips. 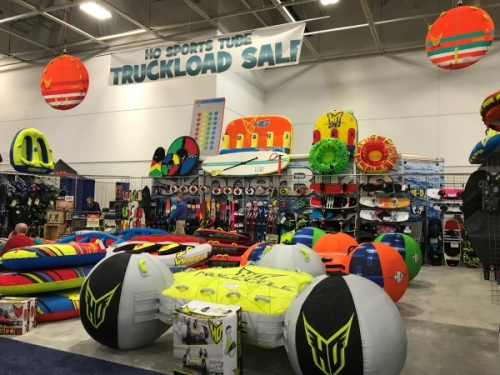 Though Boucher brings fun-for-kids exhibits to the shows – such as the Marvelous Mutts canine agility show and Twiggy the Waterskiing Squirrel – he finds that kids are most impressed by the HO Sports Tube Truckload Sale exhibit, which showcases the water accessories kids adore.

“The trend definitely is toward wake-surfing,” he says of the most popular accessories today. “If you talk to the boat manufacturers that sell those boats, wake-surfing is really taking over, even ahead of wake boarding. But water skiing will always be there, too. When you’re talking about kids that are 4 or 5 years old, it’s tubing.”

The shows Boucher manages also offer a boating safety course for those 12 and up. Attendees will also notice a roving robot named Gizmo mingling with the crowd.

“Kids love to get their picture with him,” Boucher says.

“We think it’s so important to get families and kids to the shows,” says Ogulnick, “which is one of the reasons why kids 12 and under are admitted free... With our show being the second week of January, they’re already starting to get cabin fever. The holidays are over, and this gives families an opportunity to get out of the house, do something together, and start daydreaming a little bit.”

He adds that, because adult boaters typically launched their boating lifestyle as kids growing up in boating families, he focuses on kids as the future boating market.

“When you see a family sitting on a boat and closing a deal to buy their dream boat,” says Ogulnick, “it is a spectacular experience to watch each member of the family kind of light up.” 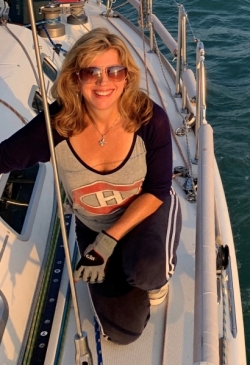 Melissa Walsh was raised on the shores of the heart-shaped lake nestled between the St. Clair and Detroit rivers that pumps the lifeblood of water recreation and the “blue economy” in Southeast Michigan. She’s enjoyed learning to navigate the shallow depths and sail the shifty winds of Lake St. Clair. So naturally, as a freelance journalist, Walsh delights in writing about power boating and sailing.