Crush Your Competition With The Game Changer Pad

It’s called the Game Changer Pad because this new pad, by Aqua Lily Products, will change what the market requires when considering a floating pad.

Kids and families already have fun playing on the original Aqua Lily Pads, but the development team wanted to kick that fun up to the next level. A competitive bunch, the team has now added games to Aqua Lily Pads. 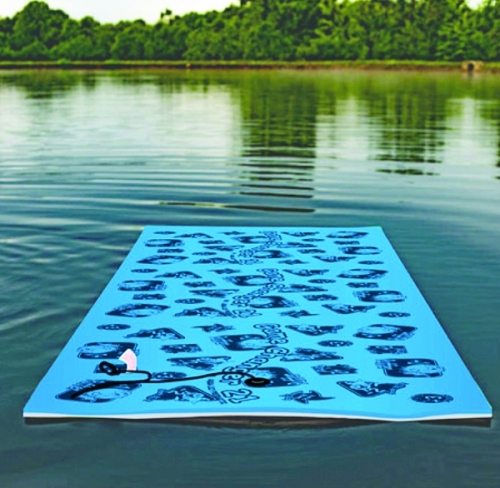 As a child, remember how much fun you had playing hopscotch? Well, double the fun by adding the element of water to the hopscotch board found on the gray side of your next pad by Aqua Lily Products. The hopscotch board is also a continuous board, so you can easily connect a second pad and make the game twice as long. Hop and jump with this hopscotch game for hours of fun!

Have you ever played cornhole? Maybe you know it as the ‘bean bag toss’ or ‘tailgate toss,’ even the ‘hillbilly toss’ - it’s the same! Having been playing cornhole for years - and even in tournaments - the development team just had to add this popular game for others to enjoy on the water with friends.

On the blue side of the Game Changer Pad you’ll find the ‘Game Changer 21’ game. With teams at either end of the pad, four specially-designed sponges are thrown by one team to the scoring area on the opposite end of the pad. Scored points are totaled and then the second team returns the sponges for their own points on the opposite end of the pad. There are positive and negative scoring areas, but, most importantly, there is the “Game Changer”: the starfish-shaped “Swap Scores” target! First team to accumulate 21 points, wins. 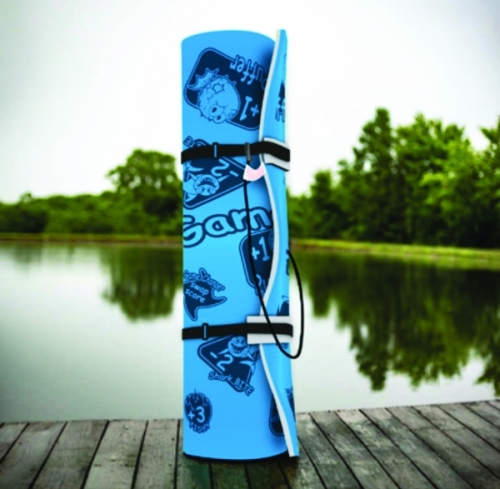 Each Game Changer Pad is constructed of two durable layers of foam and a FlexCore reinforcing mesh core for strength and endurance. They measure at 5ft 6 in. x 16ft x 1 ⅜ in. and can float 1200 lbs. of distributed weight. Your Game Changer Pad comes a six-foot tether, two floating cinch straps, and four fabric-coated game sponges used for pieces on the hopscotch board or for scoring at Game Changer 21. (Colors may vary.)

The Game Changer Pad will become the new standard in floating pad fun on the water. Order yours at www.aqualilypad.com today!