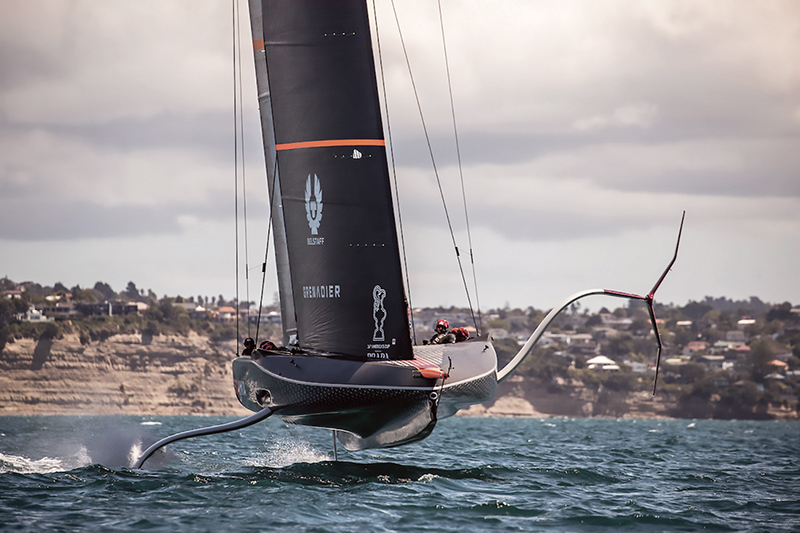 Despite the challenges of a global pandemic and the predictable in-fighting between teams and their lawyers, the next America’s Cup is still sailing full-speed ahead towards the scheduled finals in March. Four teams are now fully committed and sailing in Auckland, New Zealand, with a fifth team possibly still in the wings.

What excitement this Covid-reduced field lacks in numbers will easily be made up for in the pure speed and technology of the new AC75 foiling monohulls they will be racing. With insect-like appendages, these boats are a true vision of the future as they fly across the water with one foil down and the other sticking up in the air. This sight alone promises to create international interest far beyond the usual hardcore sailboat racing enthusiast.

As it stands, three international teams will challenge Cup defenders, Emirates Team New Zealand. These include the Italian Challenger of Record, Luna Rossa; American Magic, the New York Yacht Club; and a British challenger, INEOS Team UK. Three other entries were also originally slated to compete, including the Malta Altus Challenge, DutchSail from the Netherlands, and a second US campaign from Stars + Stripes Team USA. Of these three, only Stars+Stripes USA remains “committed,” but it’s unknown if entry payments have been made or if there is even a boat under construction. Given the late date, it would be a tall order for Stars+Strips to hit the starting line in time for the PRADA Cup Challenger Selection Series in January. 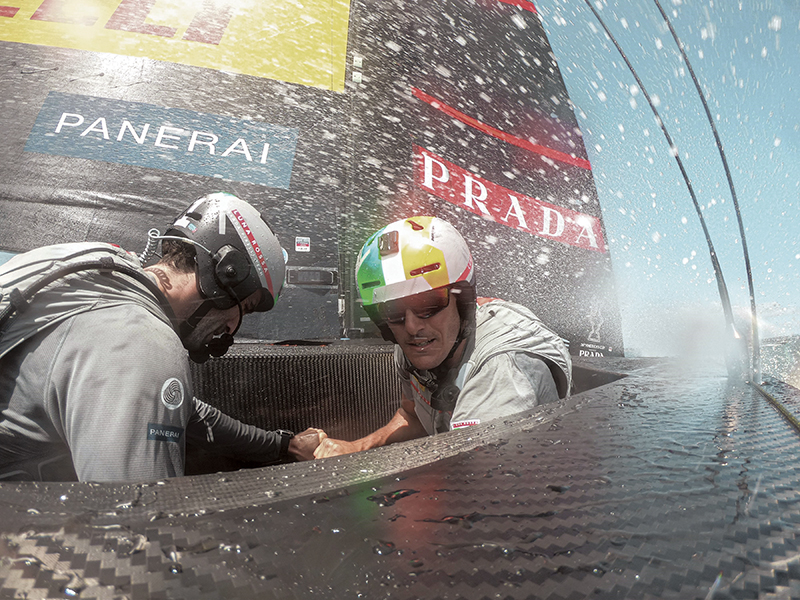 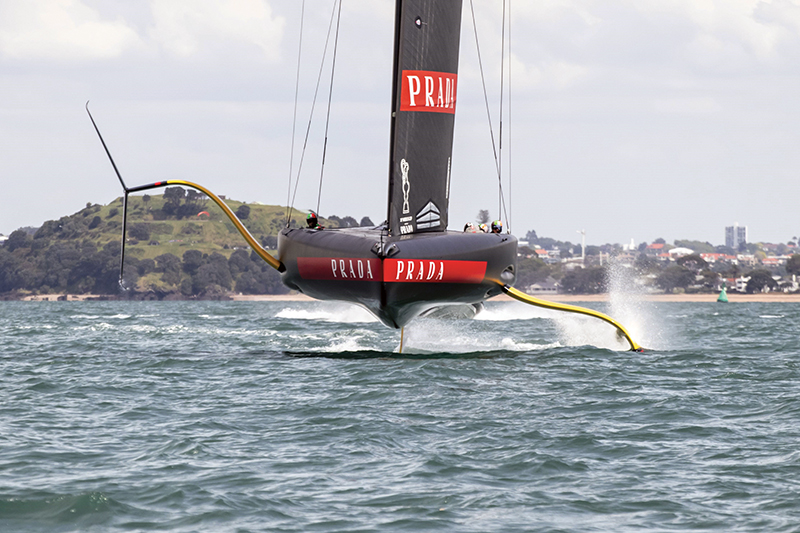 Each of the four remaining competitors launched their new, second-generation boats this fall and are now putting their evolved AC75s through their paces in preparation for the big show. This includes extensive on-water training near Auckland, as well as a bit of competitive warm-up racing in the recently completed America’s Cup World Series regatta. Given the unprecedented nature of the foiling monohull concept, the teams’ testing and training onboard their first-generation boats has proved invaluable as they try to quickly bring these newly launched “gen 2” boats up to speed.

The AC75 is a handful. Simply coordinating the 11-man crew to trim the sails and deploy the articulating foils at speeds approaching 50 knots requires dance-like precision just to sail on foil, much less race at a top-level.

According to American Magic headsail trimmer Dan Morris, “The AC75 feels like a big Airbus jumbo jet. Everything is so big and loaded. It’s not the same as with a Moth [a popular small boat foiling class], which is loose and fast; this thing is very locked-in and smooth. It’s a giant piece of machinery, which makes it feel slower, but the speeds are really high.”

One of the more notable changes to this event will be a return to traditional upwind starts. Unlike the foiling cats from the last two Cups, the AC75 sails and maneuvers very well upwind. This performance upgrade means competitors can return to the critical match-racing start tactics of years past. Instead, the reaching starts utilized during the previous two cat regattas. As traditional as these upwind starts may seem, the sheer acceleration of these fantastic boats should provide numerous per-start twists and turns as competitors aggressively navigate to gain a tactical advantage for the first upwind race leg.

The racing action is set to begin with the PRADA Cup Challenger Selection Series, scheduled to take place January 15 through February 22, 2021. This event pits the three challengers against each other for the right to compete against the defenders, Emirates Team New Zealand, for the 36th awarding for America’s Cup itself. The racing schedule for America’s Cup Match series will feature two races per day planned for March 6,7,10, 12, 13, 14, and 15. Of course, the weather will play a key role in maintaining that time-frame. Additional reserve days have been scheduled to accommodate delays, but the intention is to complete the event on the weekend of March 13-14. The winner of the America’s Cup trophy will be the first team to win seven races.

If you are at all a fan of sailing, or just a curious boater, be sure to mark your calendar to witness these praying mantises take flight. It’s a sight that must be seen. Sadly, in-person viewing down-under is not an option for Americans because of Covid. No worries though because the races will be broadcast on the NBC Sports Network. This should actually work pretty well for us in the Great Lakes because the time difference is reasonably favorable with races being sailed between 10 pm and 12 am EST. It sounds like a good excuse for me to grab a beer and hit the couch for a little late-night sailing action, but as they say, “check your local listings.” 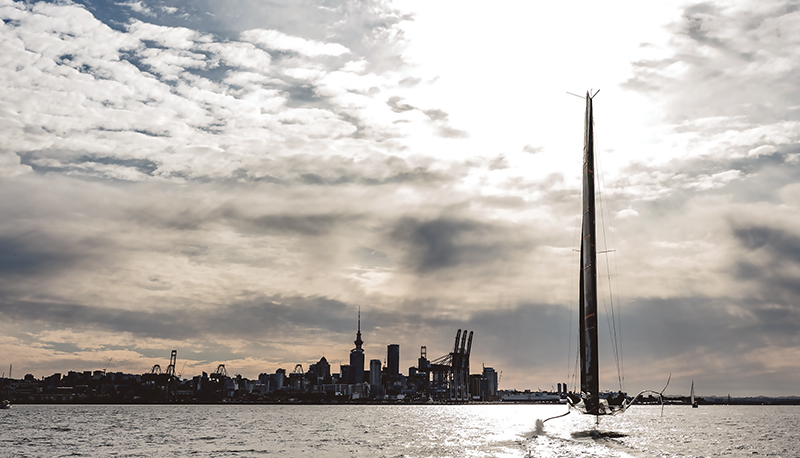 A version of this article appeared in the Winter Issue (Jan/Feb) 2021 of Great Lakes Scuttlebutt magazine.