Sackets Harbor, NY Is Everything A Boater Could Want 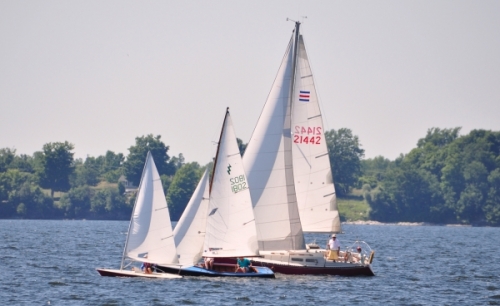 Everything about this historic, walkable village says Americana: 1800s homes adorned with signs marking their year of construction, white picket fences with bunting and patriotic flags running along the sidewalk in front of art galleries and antique stores, and al fresco dining under shaded trees and harborside decks. It’s no wonder this little downtown evokes such feelings; it holds a significant place in American military history, particularly for its role in the War of 1812. 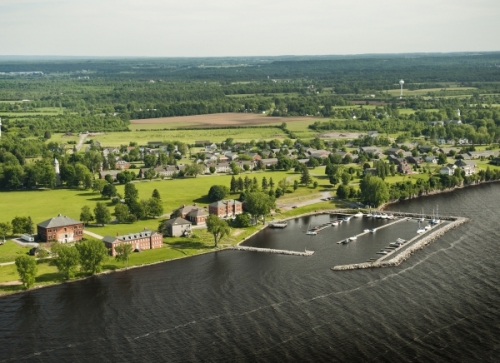 Locally known as just “Sackets,” it’s the harbor that makes this community of less than 1,500 people shine. The downtown wraps along much of the protected harbor, ringing it with a marina, public park, restaurants, and homes. Boaters of all ilk cruise in for a secure, relaxing port-of-call. The downtown Main Street is no more than a mile long and seems shorter to those fortunate enough to walk among its shops, eateries, and stores. With so much of the commercial district within a chip shot of the water, even boaters staying aboard are often treated to the sights and sounds of celebrations such as July’s Can-Am Festival or the 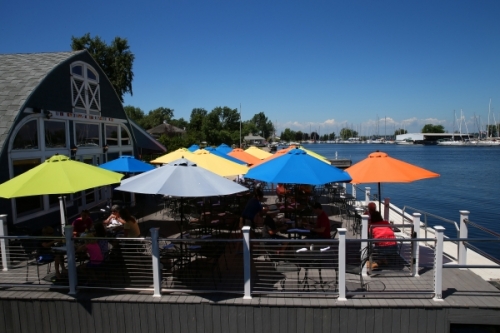 weekly concerts under the waterfront gazebo.

Sackets’ food and beverage scene is second-to-none. The community got in early on the craft beer craze – we’re talking decades ago – with the waterfront Sackets Harbor Brewing Company. You’ll find beers named for the Thousand Islands vacation region as well as Funny Cide, the community’s out-of-nowhere thoroughbred that took the Kentucky Derby and Preakness Stakes some years back and remained one of racing’s most popular horses in the years thereafter. 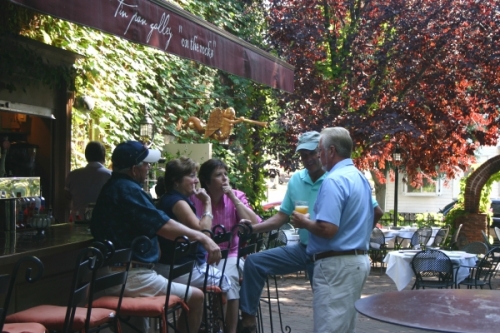 Next door, diners can choose the aptly-named BoatHouse, with its large multi-hued umbrella-shaded deck. Just a stroll up the gradual Main Street hill finds Good Fellos, a gourmet brick oven pizza joint and Tin Pan Galley, a shaded alfresco dining favorite among locals and visitors alike. Those staples are complemented by bakeries such as Chrissy Beans and lunch stops serving upper end sandwiches. Sackets is worth the stop for the food alone!

For those looking to get off the boat for a while, the newly rebranded and remodeled Sackets Harbor House Inn is proving popular. This three-story downtown boutique hotel has an extravagant history worth checking in with the owners to learn. Today, it’s a comfy stay with all-new furnishings. If you’re seeking a bit more touch of home, the community has several bed-and-breakfast businesses in some of those historic 1800s homes and are worth a stay. 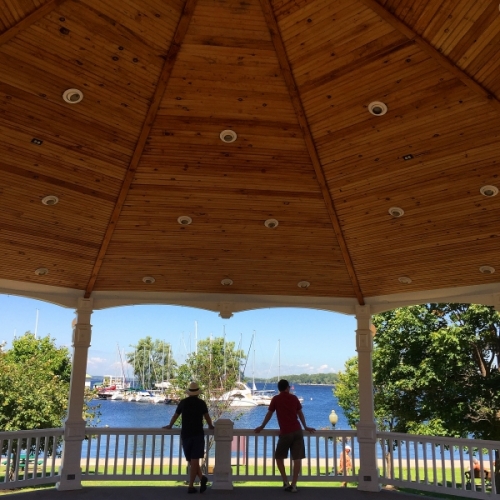 Looking for a little recreation? Just around the corner from downtown is Madison Barracks, former military housing with historic structures, housing, a gym, and a marina that offers a chance to get on the water in a different sort of way. Both Sail Ontario and SUP Sackets operate here, giving visitors a chartered sailing excursion or a guided stand-up paddleboard trip in the bay. The barracks’ grounds also host concerts and festivals.

If you’ve got little ones aboard, consider Old McDonald’s Farm, a real-life working dairy farm that has more than 200 animals to interact with including goats, reindeer, and cows. An on-site food and ice cream parlor makes it a favorite from spring through fall, coinciding with the boating season.

As hinted earlier, Sackets Harbor is rich in military history. Aside from serving as the base of Northern US Naval operations during the War of 1812, it’s home to several historic sites. The Sackets Harbor Battlefield State Historic Site is located at the end of Main Street along the lake shoreline. Two battles were fought here and visitors enjoy the monuments as well as the Navy Yard, where they can tour the commandant’s house. Re-enactors stage events throughout the summer so musket and cannon fire is often heard. The historic Sackets Harbor Military Cemetery is worth a look for history buffs, too.

Sackets Harbor served as a shipbuilding station and launching port during the 1800s. Many ships of that period, during America’s infancy and beyond, now lay beneath the surface of Lake Ontario off the shores of Sackets Harbor and other eastern communities.

The entire eastern shoreline is under consideration to be classified as a National Marine Sanctuary by the National Oceanic Atmospheric Administration. The proposed 1,700-square-mile area off the eastern shore of the lake is home to 21 known shipwrecks and one aircraft; an additional 47 wrecks and two historic aircraft are thought to be located within the boundary. The designation would preserve the underwater wrecks and develop ways for visitor interpretation ashore as well as diving observation. 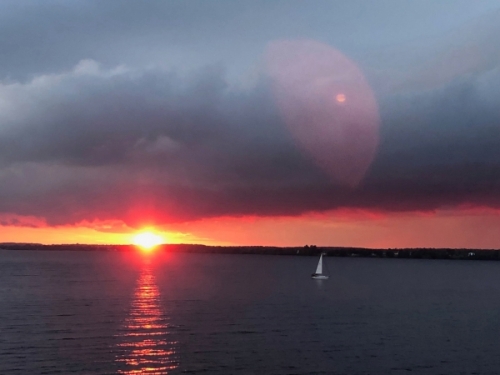 Historic high water levels challenged Sackets Harbor in 2019, like many communities along Lake Ontario and throughout the Great Lakes. Thankfully, popular waterfront amenities such as the public park gazebo and restaurants, including the Boathouse and Sackets Harbor Brewing Company, were already high enough to keep patrons dry. Marinas and the local government made adjustments to ensure docks were available and long-term planning is happening to protect against future high water levels.

When planning your fall or 2020 trip, keep Sackets Harbor in mind for a relaxing, peaceful few days ashore. It’s the quaint downtown in your mind when you picture the perfect spot to get out and stroll for a while.

To learn more about Sackets Harbor, head to www.visit1000islands.com and www.sacketsharborny.com.