North, South, And In The City - Detroit Should Be Your Next Port

Is metro Detroit a boaters dream vacation destination? You bet!

From Lake St. Clair’s riotous summer boat party ‘Jobbie Nooner’ and world-class game fishing year-round to the colorful light show on Lake Erie during Lake Erie Metropark’s family-friendly fireworks, the metro Detroit region is teeming with water-based activities and events avid boaters will love. And the area’s infrastructure has the amenities boaters’ crave. Many marinas and parks offer reservable and transient dockage making exploring by land easy and accessible. There’s a bunch of terrific bays, islands, and sandbars worth dropping anchor at for a swim and concentrated shorelines with heaps of waterfront dining and entertainment options.

For a little geographical perspective, let’s start at Belle Isle Park in Detroit, which is surrounded by the Detroit River, the international waterway that separates the U.S. and Canada. The river also links Lake St. Clair to the north and Lake Erie to the south. From Belle Isle, it’s about a 45-minute boat ride to Lake Erie while Lake St. Clair’s popular boaters’ hot spot, Nautical Mile, is just a 20-minute cruise north. 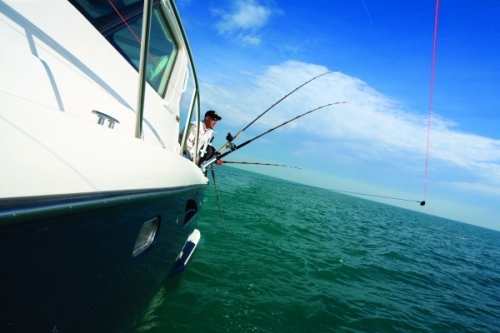 Anyone enthusiastic about boating in metro Detroit would be hard-pressed not to suggest a visit to the Nautical Mile on Lake St. Clair in St. Clair Shores. This stretch between 9 and 10 Mile roads is the central hub of the area’s boating lifestyle and boasts one of the largest concentrations of boaters, watercrafts, and full-service marinas in the Midwest. Dockage is available for transients, from small runabouts to expansive yachts. The variety of nautical-themed dining and nightlife options is unmatched, from waterfront bars like Brownies on the Lake to popular haunts like Mike’s on the Water, where the perch served is pulled from Lake Erie.

The Nautical Mile is also known for water-themed events such as July’s AquaFest, a family-friendly affair with dog shows, crafts, and eating contests. 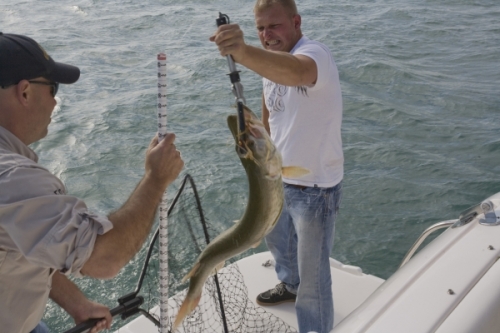 Metro Detroit’s real estate on Lake St. Clair also affords a number of opportunities to boaters who like to drop anchor, hang out, and maybe fish a little. In Anchor Bay, the water is clear, the atmosphere is family-oriented, and the swimming is excellent. Two of the area’s largest marinas also reside nearby in Harrison Township – Belle Maer Harbor and MacRay Harbor. Lake St. Clair Metropark is located here as well, featuring two marinas and a 1,000-foot sandy beach. Big Muscamoot Bay (Harsens Island) is a more adult-rated anchorage known for its loud, raucous floating parties on weekends. Gull Island is the spot of the infamous Jobbie Nooner, where thousands journey for what some describe as Mardi Gras on the lake. Just south of the historic Edsel & Eleanor Ford House in Grosse Pointe Shores is the Grosse Pointe Sandbar, where lots of boaters like to spend lazy afternoons.

If headed “down” the Detroit River toward Lake Erie, stops in Wyandotte and Trenton are a must. Dock at Portofino, Wyandotte’s premier riverfront restaurant, and enjoy Downriver’s best views of the Detroit River.

Elizabeth Park in nearby Trenton is also a popular boater’s destination along the Detroit River as it merges into Lake Erie. The Elizabeth Park Marina offers daily docking and takes reservations. Get on dry land and partake in the park’s many amenities, including a pony ranch and petting farm. The park hosts the Trenton Roar on the River hydroplane races each year, typically in July, and a jazz fest in August. 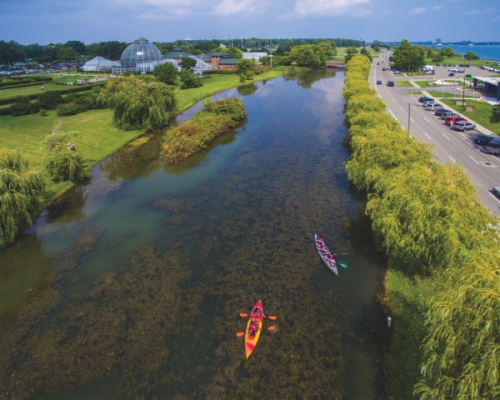 The aptly named Lake Erie Metropark in Brownstown Township features three miles of Lake Erie shoreline. Scan the sky of this acclaimed bird-watching site while navigating the waters. It’s one of the best hawk-watching destinations in North America. The park also has its own marina with daily transient docking available. Calls in advance are recommended. FYI: Lake Erie Metropark is at the heart of what a great many Great Lakes’ fishermen call “prime walleye country.”

Metro Detroit’s reputation as a boater’s vacation destination wouldn’t be complete without a quick outline of what downtown Detroit has to offer.

William G. Milliken State Park and Harbor, Michigan’s first urban state park, is home to the marina closest to downtown attractions. It’s located on the Detroit International RiverWalk just east of the GM Renaissance Center on the Detroit River and offers transient slips. The RiverWalk itself is a must-do, featuring a carousel, sand volleyball court, eatery, and bike rentals, plus comfy areas where visitors can relax and meet up with friends along its five-mile stretch.

Make a dockage reservation at one of the many independent downtown marinas – like Harbor Hill, Kean’s, or Sindbad’s Restaurant and Marina (try the clam chowder) – and attend a Detroit Tigers game at Comerica Park this season. Some marinas offer shuttle services to downtown sporting events. And once on land, other attractions, including the Motown Museum, Detroit Institute of Arts, three Vegas-style casinos, Campus Martius Park, and a bustling theater district, are a short distance away. 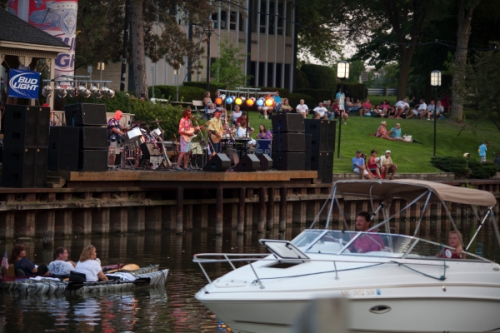 Back on the river, boaters can drop anchor and listen to concerts for free at the waterfront Aretha Franklin Park Amphitheater or near the GM Ren Cen during the Chevrolet Rockin’ on the Riverfront summer concert series. Being on the Detroit River is also like having a front-row seat for signature summer events such as the Ford Fireworks. And reserve space early at a local marina if you plan on being in town by boat for the Spirit of Detroit Hydrofest. Even the historic, private Detroit Yacht Club off of Belle Isle welcomes some transient boaters and affiliated members from other yacht clubs who are interested in staying overnight and hanging out in Detroit. 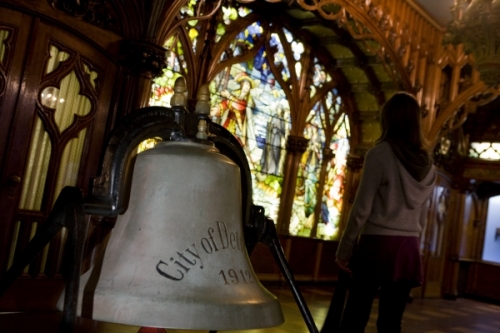 Circling back to our story’s starting point, Belle Isle Park: Don’t miss out on maritime moments at the park’s Dossin Great Lakes Museum or making the trek to the isle’s eastern end to see the William Livingston Memorial Lighthouse, an Albert Kahn design.

Go to visitdetroit.com for more information about events, event dates, and things to do in metro Detroit or contact the Detroit Metro Convention & Visitor’s Bureau at 313-202-1800.

Near the Detroit/Wayne County Port Authority on the Detroit River, visitors will find Portal View, a shipping container turned museum that has an interactive computer system that tracks Great Lakes vessels in real time.
> portdetroit.com