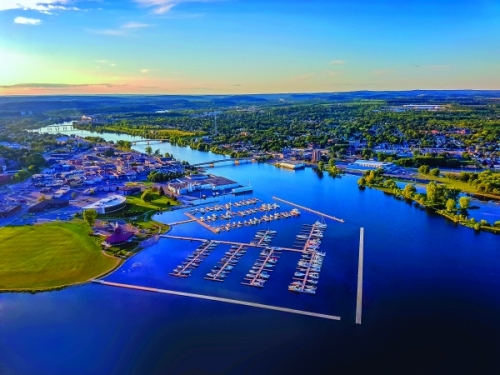 Located on the north shore of Lake Ontario and accessible via the Murray Canal to the west or Adolphus Reach to the east, the Bay of Quinte is a versatile boating destination with plenty of options for sailing, power boating, canoeing, and kayaking. If you’re coming by land, the Bay of Quinte Region is located along the 401 corridor, approximately 1.5 hours’ drive east of Toronto and 2.5 hours southwest of Ottawa.

The Bay of Quinte’s newest hotspot for boaters travelling along the north shores of Lake Ontario is the luxurious Trent Port Marina, entering its fifth full season in the spring of 2020. With its dedication to being clean and environmentally friendly (Blue Flag certified, Gold Clean Marine) and providing a high standard of customer service with first class amenities, the marina has quickly become a destination in its own right. With high water levels experienced over the last few years, Trent Port has remained fully operational with its floating dock construction, which makes this marina not only a destination but a salvation for many transient boaters looking for dry mooring slips. 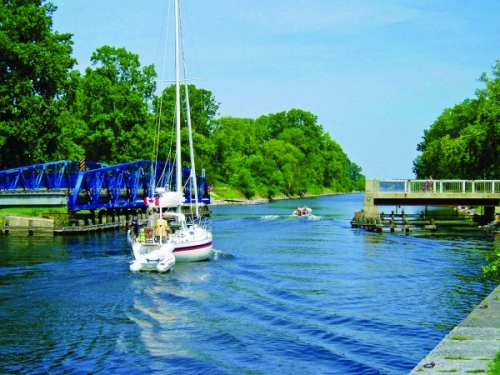 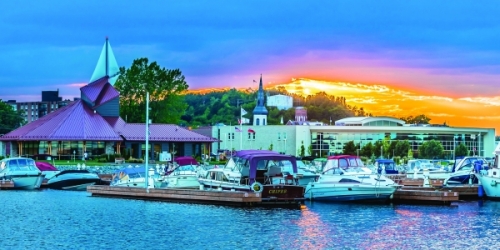 Located just to your portside as you exit the Murray Canal onto the Bay of Quinte, Trent Port Marina is located in Quinte West, one of the municipalities that proudly make up the region. It is strategically placed at the mouth of the Trent River, the gateway to Parks Canada’s world famous Trent-Severn canal system. This tributary not only sees an abundance of Great Loopers annually, but also many just wishing to adventure up some – or all – of the 44 Locks of the system, visiting the many unique small towns along the way. 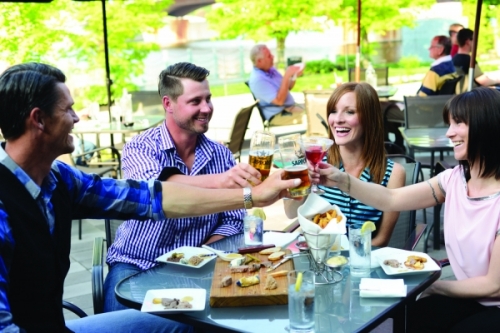 If coming for a brief visit, you won’t want to leave the comfort of this 374 slip marina, which features a bright and spacious boater’s lounge, high-end private shower and washroom pods, complimentary laundry and high speed Wi-Fi as well as a canteen, barbeque for public use, and a covered patio. However, should you desire to venture out, the city’s main commercial district, downtown Trenton, is within walking distance of your vessel, making for a very convenient place to provision with anything you may need. Trenton offers a mix of eclectic shopping and a variety of dining options as well as a movie theatre, escape room, and bowling alley for those inevitable rainy days.

If coming for an extended stay, there is no end to the adventures you could find yourself in throughout Quinte West or the greater Bay of Quinte area. Rent a car and discover Belleville, a larger commercial hub with a new Shorelines Casino. Quinte West is also nestled above Prince Edward County, the province’s quickly growing region for tantalizing taste buds with 50+ wineries, craft breweries, distilleries, and culinary delights. Take your car and spend the day at one of Canada’s nicest beaches, Sandbanks Provincial Park. 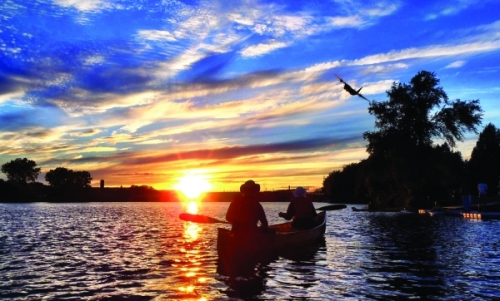 Billed as “A Natural Attraction,” there are countless opportunities to stretch your sea legs and stroll or cycle along the many waterfront trails in Quinte West. Climb up drumlins to scenic heights or hike to a three story boulder that’s considered one of the largest known glacial erratics in North America. Regionally, there are 33 conservation areas for you to explore as well as 23 golf courses of various skill levels to try.

For the angler, the Bay of Quinte is well known for its exceptional fishery with walleye, pike, and bass being some of the most sought after. Although the ice fishing season is fairly short, fishing is a four season sport on the Bay of Quinte and one that doesn’t require a boat to experience since there are many places to cast your line from the shores of the Trent River. The Bay also plays host to several fishing series and tournaments throughout the year. 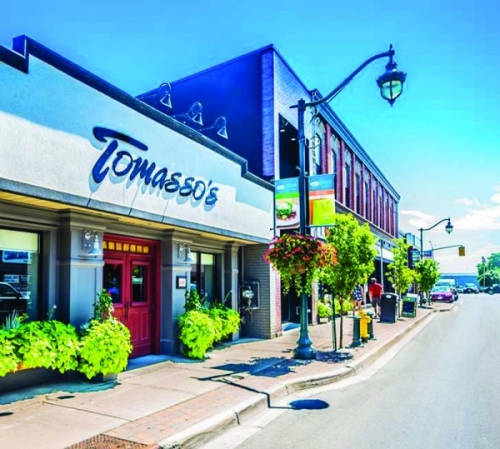 Home to Canada’s largest Air Transport Base 8 Wing/CFB Trenton, the City of Quinte West prides itself on its military roots. With its nod to the history of Canadian aviation, the National Air Force Museum of Canada is a must-see attraction while in the Quinte Area. Over 75,000 square feet of display space is attached to a sprawling 16 acre outdoor airpark, so you’ll need to set aside a few hours to truly enjoy this aviation gem. The Museum captures the spirit, the daring, and the courage of the men and women of the RCAF through featured exhibits and static aircraft displays, which await visitors in an informal and family friendly atmosphere. 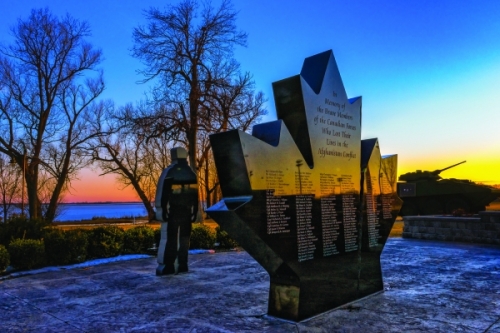 If interested in the history of Canadian aviation and military, you may also want to check out the Afghanistan Repatriation Memorial along with the (Light Armored Vehicle) LAV III Monument, paying tribute to the men and women who sacrificed their lives in the more recent war in Afghanistan. The monument is located in Bain Park at the start of the Highway of Heroes.

Amongst the plentiful attractions, Quinte West hosts numerous festivals and events annually with a broad appeal. From musical festivals featuring Big Band sounds to bagpipes and everything in between, free concerts four nights per week, sales on the sidewalk, canine festivals, car shows, foodie events, festive lighting tours and so much more, Quinte West and the Bay of Quinte region has something for everyone. Put it on your bucket list to experience for yourself.