Boating In Minneapolis Is About Way More Than The Mississippi 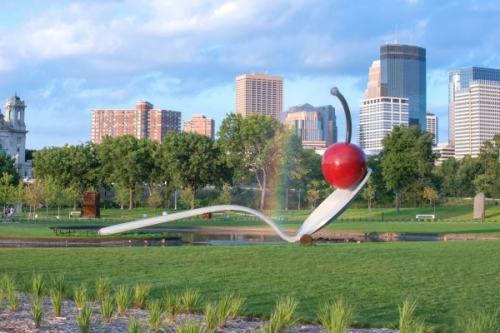 Minneapolis has several nicknames and taglines that have stuck over the years, but the one the city hangs its hat on is the “City of Lakes.” With 22 lakes within the city limits, this moniker fits. The water does not stop at lakes, however. The Mississippi River, which begins in north central Minnesota at Lake Itasca on its 2,348-mile run down to the Gulf of Mexico, is perhaps the best-known river in the country and runs directly through Minneapolis’ scenic downtown. All this is just the beginning in a state known as the “Land of 10,000 Lakes,” (even though there are 11,842 in reality) – a true boater’s paradise. With more than 183,000 miles of shoreline, Minnesota has more than Hawaii, California, and Florida combined, and for an urban location, the city of Minneapolis carries its share of the water.

Boaters in Minneapolis don’t have to go far to find a waterway to explore. The city's famed Chain of Lakes are just a short 10-minute drive from downtown, and skyline views from Lake of the Isles and Bde Maka Ska (the largest of the Chain, formerly called Lake Calhoun until it was renamed to its original Native American title in the summer of 2018) prove that point. With roughly 15 miles of paved shoreline paths in this area alone, the possibilities are endless – rent a canoe, kayak or bike, or simply walk. 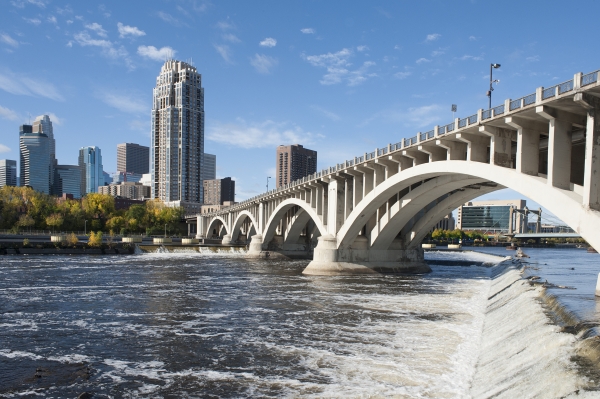 The same can be said of the Mississippi River with public parks and paved paths on either side that follow the Great River Road. Flowing through 32 states, the Mississippi River is the fourth longest river in the world. The portion that flows through Minneapolis and its fraternal twin Saint Paul is also a national park: the Mississippi National River and Recreation Area.

With a myriad of water activities, restaurants, and events in Minneapolis, there is plenty to do both along the river and throughout the city. 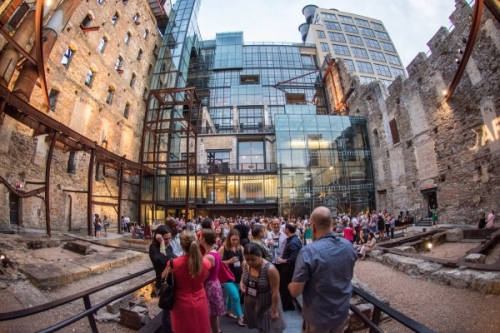 On the Banks of the River

The riverfront’s Main Street is flourishing with bar and restaurant terraces with outdoor seating, and breathtaking views of the Minneapolis skyline. Among these options is the amicable Aster Café, where the glassy Minneapolis skyline can be admired from their beautiful summertime courtyard. The happy hour at Jefe, featuring Mexican street food, tacos, and house-made margaritas, cannot be missed.

Head over to St. Anthony Main Theater to catch a film, conveniently located steps away from the restaurants. Or hop on a Segway with Magical History Tours for a three-hour guided tour of the riverfront area. 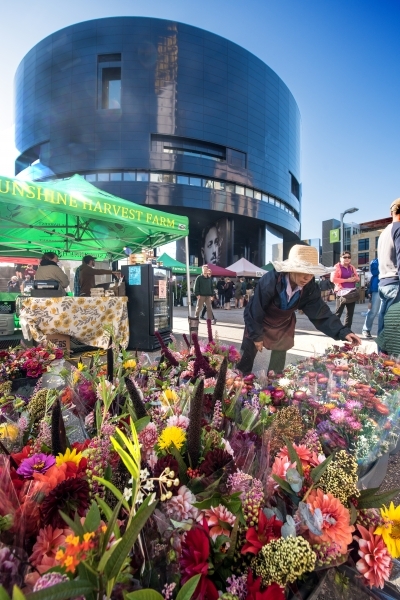 Walk down river to cross the Stone Arch Bridge, which overlooks the river’s powerful Saint Anthony Falls, to reach the Mill City Museum, located on the ruins of what was once the world’s largest flour mill. Inside, observe a model mill explosion to learn about the notorious explosive nature of flour dust, view baking demonstrations, sample fresh bread, and experience the Flour Tower, where you’ll find out how the city was the milling capital of the world for more than 50 years and shaped the metropolis it is today.

Looking for some fun on the Mississippi River itself? Of course, you are. Luckily, there are many ways to experience this river in the city.

For the first time this summer, Twin Cities Sightseeing Tours will offer a combination of a sightseeing city tours followed by a cruise down the Mississippi River. Learn about the past and present of Minneapolis through a 90-minute city tour narrated by a tour guide, featuring sights such as the Minneapolis Sculpture Garden, Basilica of St. Mary, and the Guthrie Theater. Next, board the riverboat and cruise down the Mississippi for an additional 90-minute, fully narrated tour from the water. 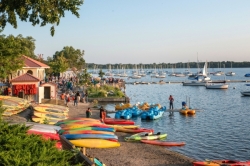 For those who want to be even closer to the water, rent a kayak with Paddle Share. Simply reserve a kayak on their website, pick it up at one of the stations, and head out for your adventure. There are multiple trips to choose from, depending on your start and end location, and they will even provide you with how many miles your trip is, about how long it will take, and what you may need along the way.
Did you know waterskiing was invented in Minnesota? Ralph Samuelson invented it in 1922 in Lake City, and Minneapolis has long been known for waterski shows like those of the Twin Cities River Rats, which perform their daredevil tricks on the Mississippi in Northeast Minneapolis all summer long on Thursday nights. 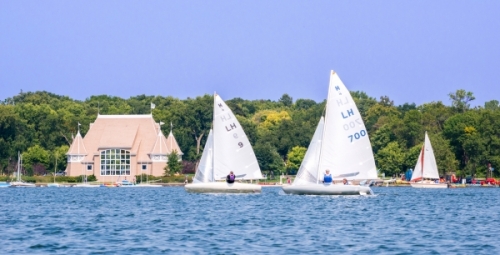 The activities are plentiful during Minneapolis’ warm, sultry summers. Every Saturday (9am-1pm, May-October) check out the Mill City Farmers’ Market for seasonal produce, live entertainment, and even cooking classes that overlook the riverfront from their perch between the Guthrie Theater and the Mill City Museum. From July through September, there is also a Tuesday night market, 3:30pm-7:30pm. 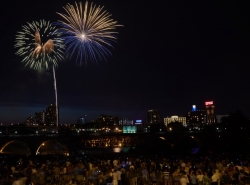 From June’s Stone Arch Bridge Festival, which celebrates art and music on the Minneapolis landmark with the best views of the river and the skyline, to the Red, White and Boom Festival on July 4 and the city’s civic celebration, the Minneapolis Aquatennial, in mid-July, family activities, fireworks, parades, and music draw thousands to the banks of the river for perfect summer fun. 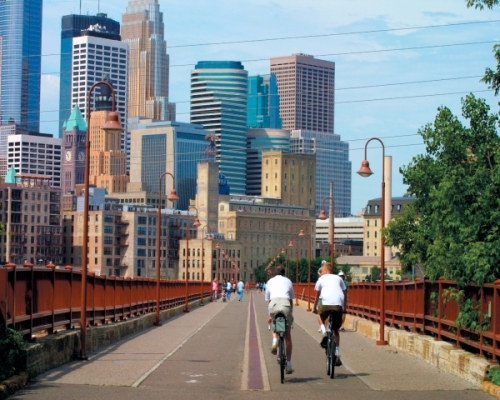 Over on the lakes, Wheel Fun Rentals features a large rental selection of boats, bicycles, and more at multiple locations, including Bde Maka Ska and Lake Nokomis, as well as Minnehaha Falls. Lake Harriet’s bandshell hums with music performances and popular films on a big screen nightly, all summer long.

After exploring the waterways, venture into the city’s diverse neighborhoods, where you’ll find everything from world-class art museums to homegrown breweries and distilleries, cuisine from around the world and major league professional sports, all within walking distance. From cocktails on a Ferris wheel to Jucy Lucy cheeseburgers and more, you’ll also find you’ve never met a place quite like this.