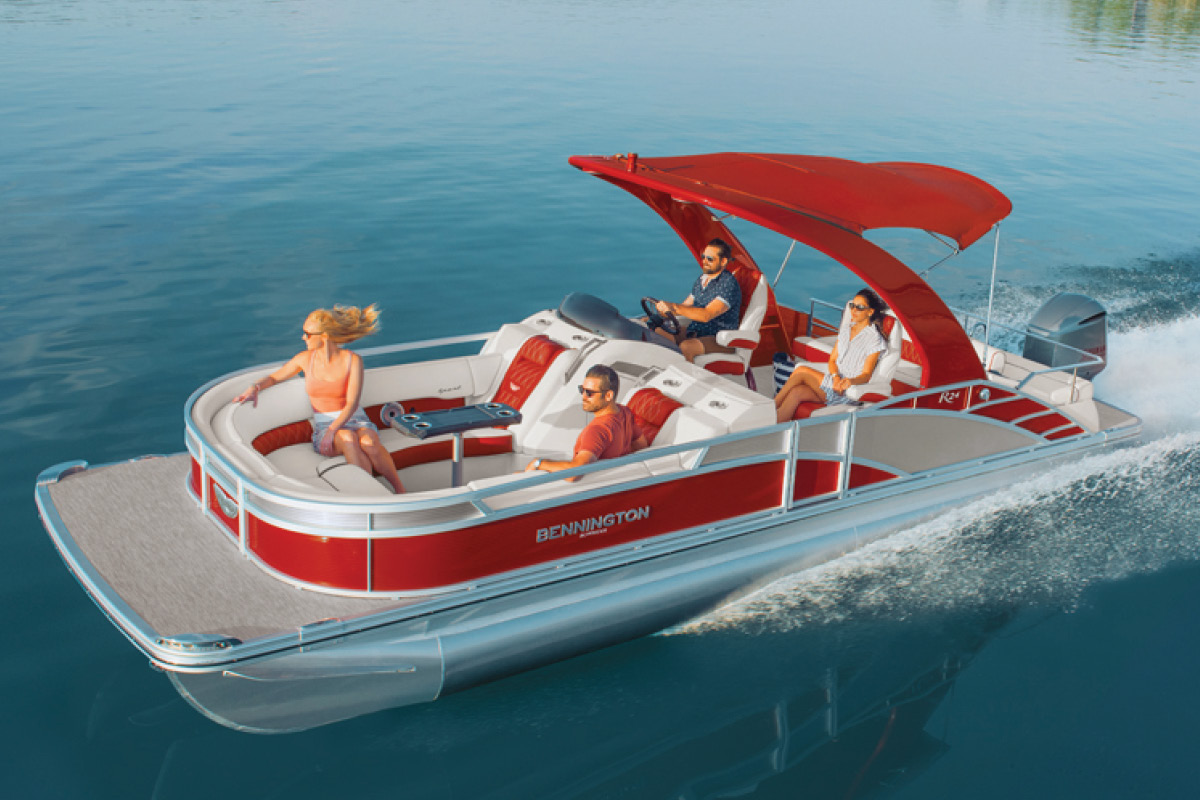 The all-new Bennington R-Series Bowrider will change everything you know about pontoons. The bold, forward-thinking design elevates the experience beyond what was previously thought possible by combining the most coveted attributes of a pontoon and a fiberglass bowrider into one uncompromising design only Bennington could deliver. The R-Series Bowrider is more than the evolution of the pontoon; it's revolutionary.

To step-up and engineer this industry-first, patent-pending pontoon design, Bennington started by creating the first of its kind step-down U-Lounge bow seating configuration. The design creates an entirely new seating environment; one that feels more connected to passengers but as well as to the water itself. This allowed the creation of the Vantage-Point Captain's View helm. With lowered bow seating and rails, the drivers sightlines have greatly increased making it easier to drive, dock, and talk to other passengers.

Alongside interior design improvements, Bennington also wanted a boat that would deliver uncompromising performance. To get there, they developed the Integrated V-Hull Performance Package for speed, handling, and ride comfort that today's fiberglass boats simply can't offer. This new configuration also delivers more storage with up to two large in-floor center compartments big enough for wakeboards and more.

The R-Series Bowrider is available in seven floor plans ranging from 20 to 24 feet in length in both Fastback and Swingback seating configurations.

The all-new Bennington R-Series Bowrider is destined to redefine the industry and everything you believed a pontoon could be with a combination of coveted features and performance attributes.